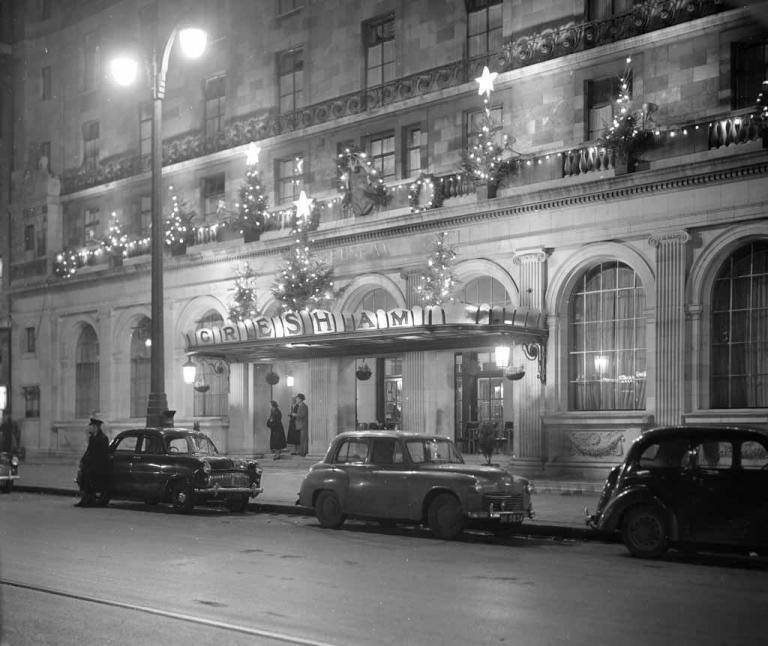 Chapter 6: “Two in a Hotel are Temporarily Insane”

Sarah had arranged to spend her Christmas holidays in her sister’s new house at Bradford-on-Avon. She had also decided to stop on her way there for a night in Manchester, to complete her neglected Christmas shopping, and to see her late head mistress, Miss Tattersall, as she passed through on her way to the Lake District. […]

Sarah had known poverty so well that caution usually controlled her spending, but that evening recklessness was in the air. Christmas was coming; holidays stretched before her; she was going to see Pattie whom she loved, therefore she loved everything—the jostling shoppers, the squatting flower girls, the posies of white and green and crimson, the freedom of spending the night alone in the second-rate hotel off Piccadilly. When she pushed her way round the revolving doors of that establishment, her cheeks were burning with bright wind-lashed colour, her eyes shone, her little green hat had been pushed to one side; her arms were full of golliwogs, crackers, boxes of preserved fruits and a great bunch of crimson roses; her red hair curled round her vivid face. Small, laughing, burdened with frivolous purchases, she struggled into the warm, half-empty lobby, and found herself face to face with Robert Carne.

He was standing with his back to the fireplace, looking over her head into nothing; there was upon his face a desolation so haggard and so hopeless that for a second she hardly recognised him. Then she stopped with an unvoluntary gasp, and a box of candy slid from her arm and smacked on to the floor beside her.
“Oh!” she gasped.

For he was glad to see her. He smiled with radiant welcome. It was as though his spirit returned to its blank habitation, as though she had witnessed a resurrection from the dead.

She stood before him, passive, expectant, happy. All possible journeys had led toward this end.

Then he stooped and picked up her dropped parcel and held out his hands to relieve her of the others, and both inquired simultaneously: “What are you doing here?”

It was she who explained, suddenly grown over-voluble with the singing joy which had no reason and no justification.

“I’m on my way to my sister’s. Christmas shopping. Those are candied fruits and this is a golliwog. D’you think my four-year old nephew will be too old for golliwogs? Why are little boys supposed to like them, when they turn up their noses at dolls? Did you?”

He drew her towards a small glass-covered table and helped her to set down her parcels.

“Are you staying in Manchester?” he asked in his slow deep voice.

“Just for to-night. I go off to-morrow morning.”

She had no words, yet her mouth was full of them. She showed him the handkerchiefs for her brother-in-law, asking his opinion, which he gave judiciously.

Into her witless pleasure stabbed a terror of loss. At any moment he might get up and leave her. She must hold him.

“Heavens!” she cried. “I sympathise with housewives. An afternoon’s shopping is more exhausting than twenty speech days.” But she did not look exhausted. She glowed and laughed beside him, bright as the holly. “I’ve had no tea. I’ve got a terrible room up on the fifth floor that looks like a scene set for a Russian tragedy. I can’t face it until I’ve had a glass of sherry. Is there a bell anywhere? Won’t you have a drink with me? Unless you’re rushing away to dine somewhere?” […]

It was all she asked then—that they should sit there together, the door revolving beside them and disgorging its procession of business men, commercial travellers, and shopping women, the fire leaping, the palms doing their drooping best to appear exotic, the waiters hurrying with their plated trays. … (Holtby, 407-410)

Winifred Holtby’s rich and politically progressive novel South Riding was published posthumously in 1936. While it was met with critical acclaim and even won the James Tait Black Memorial Prize after the author’s premature death at the age of 37, the novel fell into relative obscurity. In writing South Riding, Holtby (1898 – 1935)—an ardent feminist and socialist—contemplates “poverty, sickness, ignorance, isolation, mental derangement and social maladjustment” as listed in her “Prefatory Letter” to the work (vi). Set in a fictional district of Yorkshire (South Riding) in the early 1930s, the Great Depression era, the novel is a lengthy, life-affirming work laden with feminist sensibilities and anxieties, coupled with the exploration of issues of social mobility and class conflict.

More specifically, Sarah Burton is a forty-year-old unmarried woman and an idealistic, leftist headmistress committed to modernizing and to the development of young women. Her antagonist is the conservative, failing aristocrat Robert Carne of Maythorpe Hall, who remains tormented by a problematic marriage. The novel is undercut by Sarah’s illicit desire for her married, political opponent Their momentous hotel encounter and flirtation in chapter six, “Two in a Hotel are Temporarily Insane” (407-429), becomes a poignant example of the transient nature of hotel life granting freedom and release from (marital) restraint. The hotel is, by virtue of its openness and the anonymity of its guests, connected with sexual mischief and eager consummation. With textuality and sexuality converging in this quasi-voyeuristic hotel chapter, the festive hotel setting encourages a sexual fantasy before Christmas, a time of indulgence and merrymaking. The game of seduction that Sarah and Robert play at the unnamed Manchester Hotel (off Piccadilly) is coupled with the imagery of leisured ladies, conspicuous consumption, and consumerism, all pointing to the intertwinement of hotel ethos with sexuality. The sexual boundary crossing then becomes one of the hotel’s most potent (secret or open depending) commodity or stock-in-trade. However, the hotel room, a space especially conducive to sexual opportunity, does not fulfil such expectations in this case. The moment Sarah enters his room, Robert suffers a mild heart attack. The opportunity is lost leaving them both dejected in the bed of this out-of-town hotel room. The consummation of their illicit relationship is thus interrupted, prevented, and the opportunity forever lost. 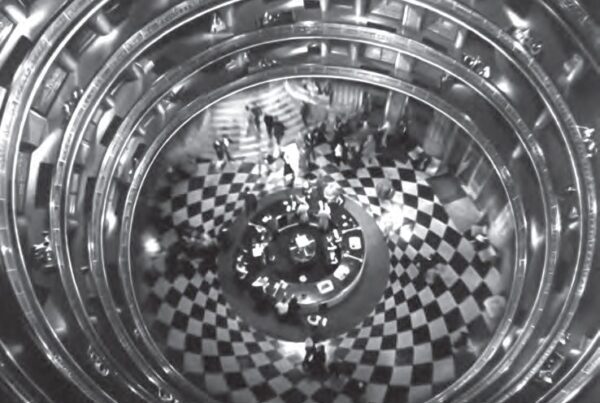