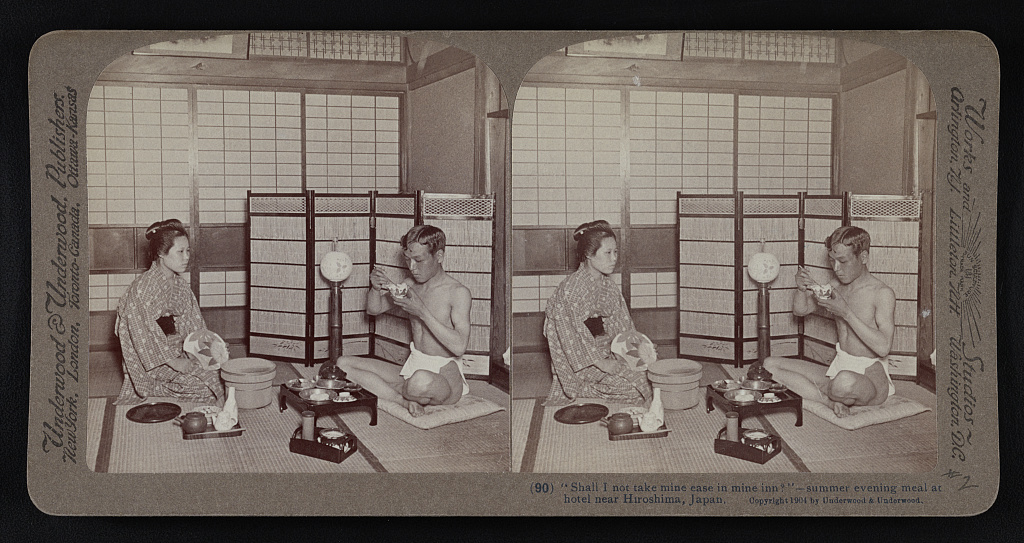 “Two Hotels” for a “Hotel Child”: William Plomer in Japan

William Plomer, the South African/British poet, novelist, and editor, wrote some of his poetry under the pseudonym Robert Pagan. This is suggested by the great number of Pagan’s Plomeresque short stories (Gray, “Alias Robert Pagan” 59-70). The artificial recollections of Pagan in the short story “Hotel Child” (May 1941) narrate an artificial life story fabricated by Plomer:

Most extraordinary of all is “Hotel Child” in Number 6 of May 1941, which purports to be a memoir by this Robert Pagan of his own (fictional) origins and upbringing: “My childhood was spent here and there, in hotels, lodgings, rented villas or other people’s houses, in trains, boats and carriages, in Central America, in the Ionian islands, in England, Scotland, and the South of France […] in the far-off days of freedom.” There follows a totally credible fantasia of incidents and settings, including his father’s plantation in Guatemala (at “Las Palomas”). (qtd. in Gray, 63-64)

In tandem with his covert identification with the fate of a “Hotel Child” being in constant motion, Plomer’s poetic evocation of the ambience of two dissimilar Japanese Hotels in “Two Hotels” (1929) also points to his consistent use of hotel themes and the centrality of hotel culture in his life and poetry. The artificiality and ghastly interiors of the ultra-modern “Hotel Magnificent” in Yokohama are set against the charm of the idyllic wayside inn Aburaya at Shinano Oiwake, which used to be the lodging of emperors and their entourage on their road to Yedo Castle/Tokyo (Okada 23-42). While “The Aburaya” evokes nostalgia and warmth, “The Hotel Magnificent” is ostentatious, frosty, and disorderly. Having been slightly altered, the poem is reprinted as “Hotel Magnificent: Yokohama, 1927” in The Dorking Thigh and Other Satires (1945 7). It captures the pretentions of the place and the sheer artificiality of this hangout of affluent Americans juxtaposed with the complex social reality of the busy harbour of Yokohama in the twenties. The irony brought forth through the reference to the frigidity of the “decorated draughtiness” of the hotel points to the fact that the hotel does not achieve the promised equilibrium between “‘Old-world craft,” with New World craftiness” (47). Its artificiality does not warrant any authenticity in spite of the firm conviction expressed in the hotel brochure:

[‘If you long to mingle with Cosmopolitans in Yokohama amidst gorgeous Oriental pageantry, fill out and mail the information blank below,’—Contemporary American Advertisement.] (47)

The tensions of globalisation are reflected in the schizophrenic hotel décor that underscores the hotel’s perennial oscillation between a fetishized Eastern tradition and the imperatives of Western modernisation: “Brand-new Hotel Magnificent whose highly-polished floors, Reflect both millionaires and brassy pseudo-Jacobean cuspidors” (47). The hotel nausea of the disenchanted poet finds a material extension in the brassy receptacle for spit. All verses point to a fundamentally philistine crowd having accumulated capitalist wealth or the naiveté of the tourist industry in Japan. The very edifice of the hotel oozes artificiality in its faux Japanese style: “The pergola pillars on the roof are hollow, Made of cement and steel and topped with whirring cowls” (47).

On the other hand, Aburaya at Shinano represents the old world. Anchored to the genius loci, it underscores Plomer’s fascination with Japan via the lens of the hotel following his summer of 1928 visit. Plomer’s verse underscores the contemporary desolation and abandonment of the place, made manifest in the reveries of the landlord’s daughter, who nostalgically evokes the imperial past “placidly” opening “a window-screen” (45). The aromas of Japanese flora infiltrate the exoticised and eroticised, seductive hotel premises in a poem marked for its nostalgic lyricism. Thus, the “the scented oblivion,” “the flower of peach,” coupled with the daughter’s “small and virginal mouth” singing (45), point to the relocation of the stereotypical iconography of a Japanese innocent erotica within the hotel premises that reflects the spirit of the place:

Placidly a window-screen is opened by the landlord’s daughter,

A buxom rustic poetess of seventeen –

As a white chrysanthemum in a glass of water. (45)

The seductive tranquillity and the aromas emanating from the verses of Plomer’s “Aburaya” is radically undone in the “The Hotel Magnificent” section of the “Two Hotels.” There, irony and contempt surround the superficiality and plasticity of the Americanized, contemporary hotel ethos. The constant noise and bombastic action within the hotel disorientate pointing to the discontents of a mechanized era: “The band bursts out anew, and a wistful nasal whining, With hypnotic syncopation fills the ballroom’s glossy floor” (48). The sonic, sensorial maelstrom, the sound vibrations and cacophonous turmoil within the hotel run like a spine through the poem and point to the discontents of restless, mechanized modernity (Mansell 2017). The poignant hotel song of the landlord’s daughter in the final verse of “The Aburaya” brings an end to Plomer’s “Two Hotels” and to the jarring cacophony of the Yokohama “Magnificent”:

“A bamboo flute; the wrinkled waves

Far below — a dreary day.

But on my pillow of grass

At the inn above the cliff

*Added to Plomer’s 1960 Collected Poems, the poet’s lengthy note on “The Aburaya” and its surroundings, indeed, speaks for itself:

NOTE: It was still possible in the nineteen-twenties, especially in remote country places, to feel the presence of Japan’s past, and to feel it intensely. The Aburaya was an ancient inn in the central mountains of Japan. Its appearance had altered little since the days when the Daimyos, or feudal noblemen, paused there, with processions of retainers, on their way to Yedo (Tokyo). Its ancient timbers, carved and painted with phoenixes, peonies and other decorative motifs, retained some splendour, and the manners, deportment and beliefs of the family who owned the place could have altered little from those of their ancestors. From the windows could be seen, not far away, the then dormant volcano, Mount Asama, and, over grey tiles encrusted with gold lichen, the flowery fields of summer, from which was wafted the smell of thyme. For the sake of the rhythm, it is important to remember that the stress on each syllable of the Japanese place-names is equal.

The completely different picture of what was then a modern hotel in the port of Yokohama, rebuilt after the great earthquake of 1923, speaks, I believe, for itself. (44)

—. “Hotel Magnificent: Yokohama, 1927” in The Dorking Thigh and Other Satires. 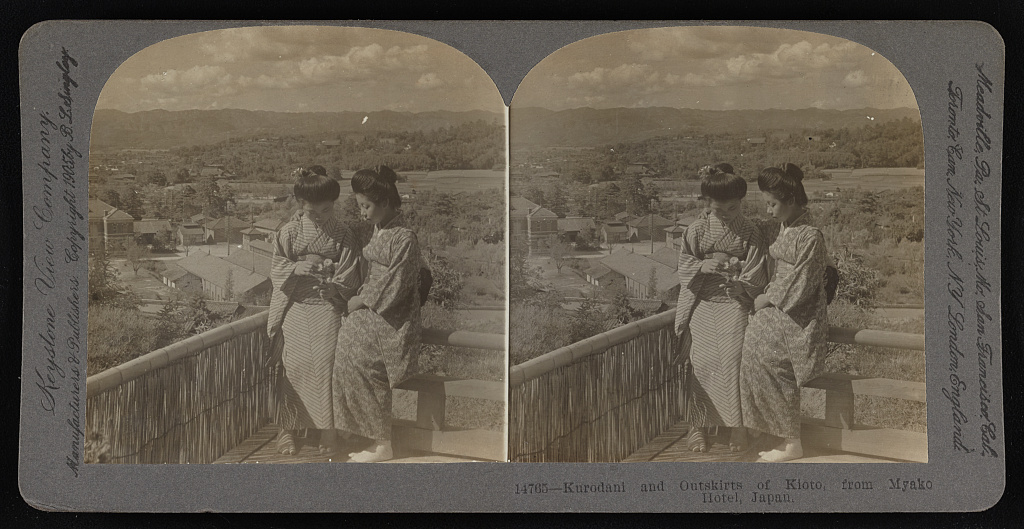 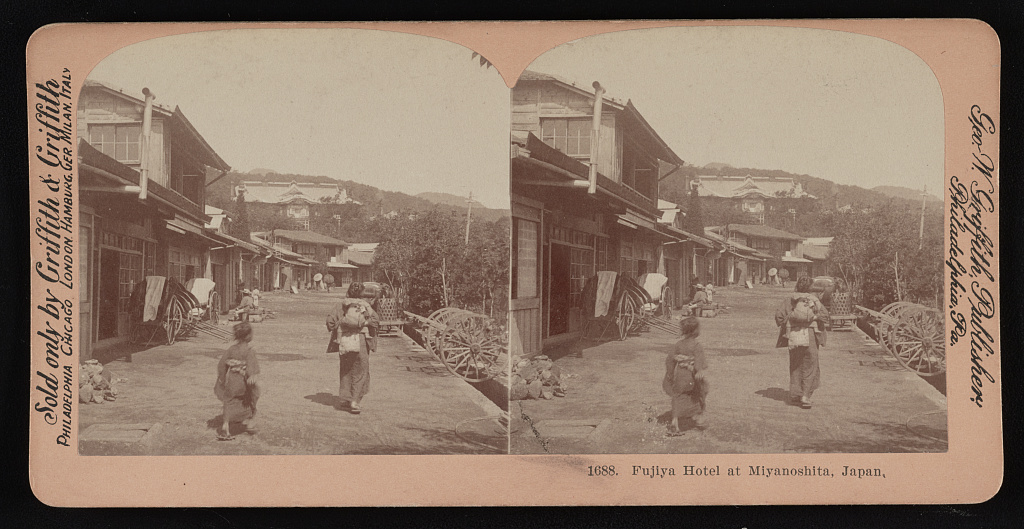