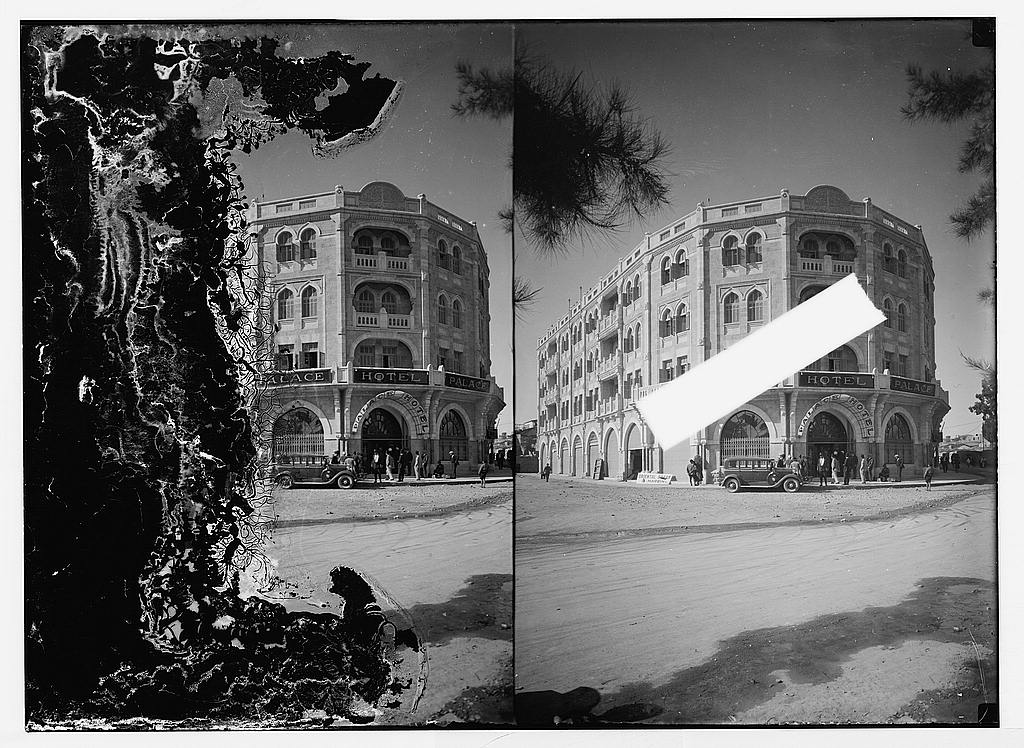 “sad at heart as I sat one night at Z—’s hotel, in Jerusalem”: (Proto-Modernist) Hotel Solitude in Anthony Trollope’s “A Ride across Palestine”

Anthony Trollope’s short story “A Ride across Palestine” (Written in 1860, Originally published in The London Review Jan. 5, 12, 19 1861 under the title The Banks of the Jordan) follows the orientalist peregrinations of a lonesome Englishman journeying through Palestine. Mr. Jones recounts a trip to the Holy Land at Easter time where he becomes peculiarly attracted to an awkward male traveling companion who he later realizes happens to be a woman in disguise. The story centres on Mr. Jones striving to come to terms with the disconcerting realization that the traveler that accompanies him is a girl masquerading as a young man. However, the comedy of errors in the book, with Miss Weston pretending to be a man (Mr. Smith), Mr. Jones being falsely accused of eloping with Miss Weston on top of having denied being a married man, and Miss Weston wrongly assuming that she could become Mrs. Jones, indicates that they do not really stay true to their identity. Least of all Mr. Jones, whose descriptions read as homoerotically charged. After Mr. Smith rides on a Turkish saddle, even though (s)he does not really complain, Mr. Jones is more than eager to rub his companion’s thighs with brandy. The scene seems to suggest that Trollope was, indeed, contemplating the malleable nature of homosocial Orientalism while writing “A Ride across Palestine”: “You can’t conceive how efficaciously I would have done it” (n.p.).

Having carefully charted the custom itinerary of an informed traveller, the unreliable male narrator of the story offers a masculinist universe that evokes the gendered dynamics of Romantic travel literature and the legacy of heroic imperialistic masculinity while simultaneously paving the way for the more troubled masculinities in modernity. This problematising of the canon is mostly achieved through the placing of emphasis on the experience of Mr. Jones’s solitary travel:

Circumstances took me to the Holy Land without a companion, and compelled me to visit Bethany, the Mount of Olives, and the Church of the Sepulchre alone. […] Early on the following morning I intended to start, of course on horseback, for the Dead Sea, the banks of Jordan, Jericho, and those mountains of the wilderness […]. I would then return to the Holy City, and remaining only long enough to refresh my horse and wipe the dust from my hands and feet, I would start again for Jaffa, and there catch a certain Austrian steamer which would take me to Egypt. Such was my programme, and I confess that I was but ill contented with it, seeing that I was to be alone during the time. (n.p.)

Trollope’s engagement with hotel culture in his travel literature is marked for its plurality. In his North America travelogue (1862), Trollope devotes a separate chapter to “American Hotels” placing them amongst “Railway Cars” and, more arbitrarily, between entries on the White Mountains, Portland, and New Hampshire. For Trollope, they constitute “a great national feature in themselves” (480). His colonial hotels, on the other hand, seem to penetrate the wider zeitgeist at the time of infinite colonial expansion marking the onset of the British rule in the Eastern Mediterranean. His short story “An Unprotected Female at the Pyramids” (1859), underscores the influence that an oriental grand hotel (the emblematic Cairo Shepheard’s Hotel) exerts on the colonial imaginative intercourse with Egypt in the Victorian period. Trollope’s grand hotels operate in perfect tandem with the British colonial agenda and become projections of the metropolitan ethos rendering racial, colonial, and class politics visible and palpable within the peculiar spatial arrangement of the hotel space: “the English tongue in Egypt finds its centre at Shepheard’s Hotel” (1867: 142). The glorification of the Cairo Shepheard’s in Trollope brings forth “the civilizing potential of the empire by presenting the rituals of English politeness against the backdrop of the chaotic, erratic urban heart of Cairo” (Despotopoulou et al 8).

However, Trollope’s Jerusalem hotel in “A Ride across Palestine” escapes glorification. Its function in the superstructure of the travelogue is to bring forth the alienation and distancing of Trollope’s protagonist. The colonizer’s gaze early on associates the hotel with colonial politics:

“You can’t do it, sir,” said the consul, in a dry and somewhat angry tone.  “You have no more right to ride through that country without paying the regular price for protection, than you have to stop in Z—’s hotel without settling the bill.” (n.p.)

The British consul’s didactic admonition about the tariff required equally for protection and accommodation points to the centrality of hotels in the colonial enterprise. However, removed from the colonial pomp and ostentation of Cairo, the humble Jerusalem hotel seems to offer a contrasting view. The prolific Victorian author early on shifts the focus of attention to the hotel itself clearly seeming to suggest in the travelogue’s opening paragraph that it accents the solitude of the story’s narrator:

I acknowledge myself to be a gregarious animal, or, perhaps, rather one of those which nature has intended to go in pairs. […] At any rate I dislike solitude, and especially travelling solitude, and was, therefore, rather sad at heart as I sat one night at Z—’s hotel, in Jerusalem, thinking over my proposed wanderings for the next few days. (n.p.)

In the empty hotel space which lays bare his loneliness, Mr. Jones remains secluded, withdrawing from the tensions of a Levantine society perennially immersed in philistinism and portrayed as anti-intellectual, treacherous, and/or naïve. The overemphasized hotel-sponsored loneliness in the text reads as a prolepsis of the recurrent veneration of contemplative solitude in modernist literature (Engelberg 2001). Having become a “transient guest,” whose constant awareness of “non-belonging to the hotel space frequently brings to light other identitary or social crises” as per Tijana Parezanović’s reading of twentieth-century colonial hotel anxiety (Parezanović 54), Mr. Jones feels forlorn and abandoned. His ruminations have a decidedly proto-modernist resonance:

I was sitting alone in the public room at the hotel, filling my flask with brandy,—for matters of primary importance I never leave to servant, dragoman, or guide,—when the waiter entered, and said that a gentleman wished to speak with me. The gentleman had not sent in his card or name; but any gentleman was welcome to me in my solitude, and I requested that the gentleman might enter. (n.p.)

Disguised as a man (Mr. Smith), Miss Weston calls at the hotel of Mr. Jones and refers to her/his mutual experience of loneliness at her available Jerusalem accommodations. Cut off from people and the local community, while being secluded or confined to their respective hotels, both men are more susceptible to isolation. Having said that, the Jerusalem hotel also has the capacity to alleviate their mutual loneliness. Hotels work to promote the anonymity and the transient relations whereby any decent gentleman should feel welcome:

And then he explained to me what was the object of his visit.  He was quite alone in Jerusalem, as I was myself; and was staying at H—’s hotel.  He had heard that I was starting for the Dead Sea, and had called to ask if I objected to his joining me.  He had found himself, he said, very lonely; and as he had heard that I also was alone, he had ventured to call and make his proposition. (n.p.)

The particulars of Trollope’s actual hotel life in Jerusalem as a source of inspiration for his literary works are addressed in Tourists, Travellers and Hotels in Nineteenth-Century Jerusalem. The comprehensive volume explores the rise of commercial hotel keeping in the city (Gibson 2017). Ranging from the humble beginnings of inns to the lavishness of colonial hotels, it also identifies Trollope’s Jerusalem hotel in “A Ride across Palestine” as such (38, 40):

In March 1858, one of the foremost English novelists of the Victorian era, Anthony Trollope (1815-1882), visited Jerusalem and stayed at Zamit’s Melita Hotel in its new location on the via Dolorosa. In a short story he wrote entitled “A Ride across Palestine”, Trollope refers to “thinking over my proposed wandering for the next few days” while staying at Zamit’s hotel. It was in the “public room” of the hotel that Trollope filled a flask with whisky, and  met up with a visitor there (“John Smith”) who was staying at another hotel in the city, Hauser’s hotel (i.e. the Mediterranean Hotel). Trollope’s impressions while staying at the Melita served him well when writing his novel The Bertrams. (38)

Trollope begins writing The Bertrams in 1858. This is the exact year he is sent to Egypt to negotiate a new treaty on mail deliveries to India. Published in 1859, the novel (often cynically) registers the rapid expansion of the empire. Trollope’s impressions of Jerusalem, as well as Cairo (including the Cairo Shepheard’s) find their way into the text via the lens of the emerging hotel culture:

At last they stopped at a door in a wall, which the dragoman pronounced to be the entrance of Z—’s hotel. In fact, they had not yet been full ten minutes within the town; but the streets certainly were not well paved. In five minutes more, George was in his room, strewing sofas and chairs with the contents of his portmanteau, and inquiring with much energy what was the hour fixed for the table d’hôte. […] The inn was nearly full, and George, when he entered the public room, heard such a Babel of English voices, and such a clatter of English spoons that he might have fancied himself at the top of the Righi or in a Rhine steamboat. (57)

However, a sense of inescapable anxiety about the future of the empire and the sustainability of the gargantuan imperial project can be early traced in his two-year-later “A Ride across Palestine,” where he relinquishes his assertive narrative voice to opt for an insecure, lonely, proto-modernist narrator within the selfsame colonial hotel. There, Mr. Jones feels “rather sad at heart” while spending lonely nights at the oddly moody and melancholic “Z—’s hotel, in Jerusalem” (n.p.).

Parezanović, Tijana. 2016. “Other spaces of the empire: a colonial hotel in J. G. Farrell’s Troubles.” Prague Journal of English Studies 5.1:

Trollope, Anthony. 1867. An Unprotected Female at the Pyramids. In Tales of all Countries. London: Chapman and Hall. 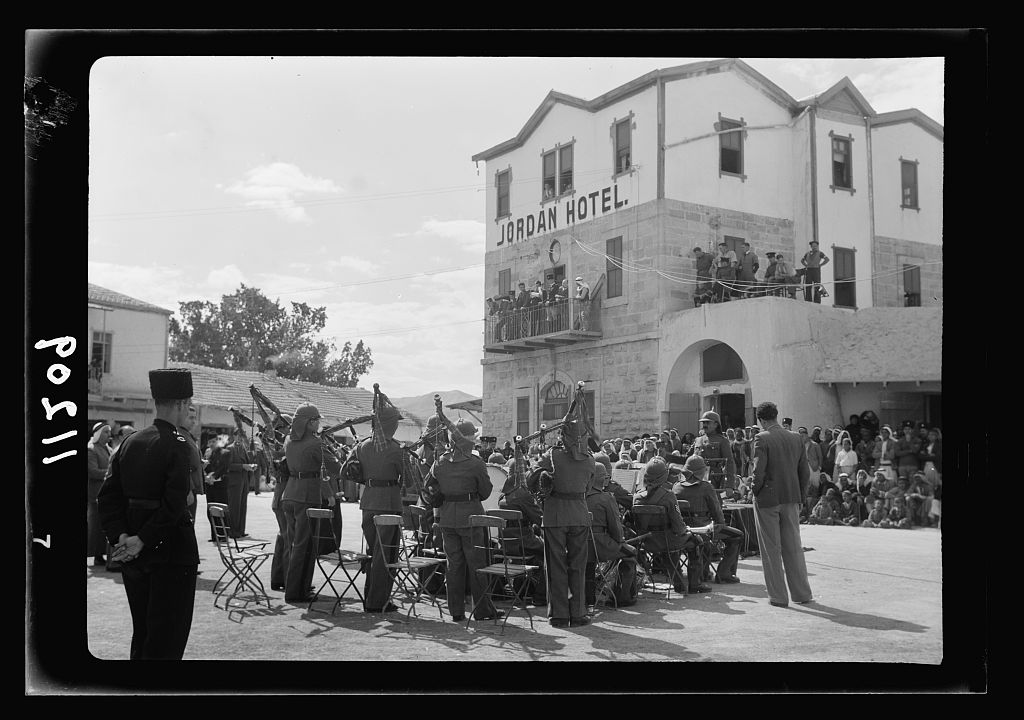 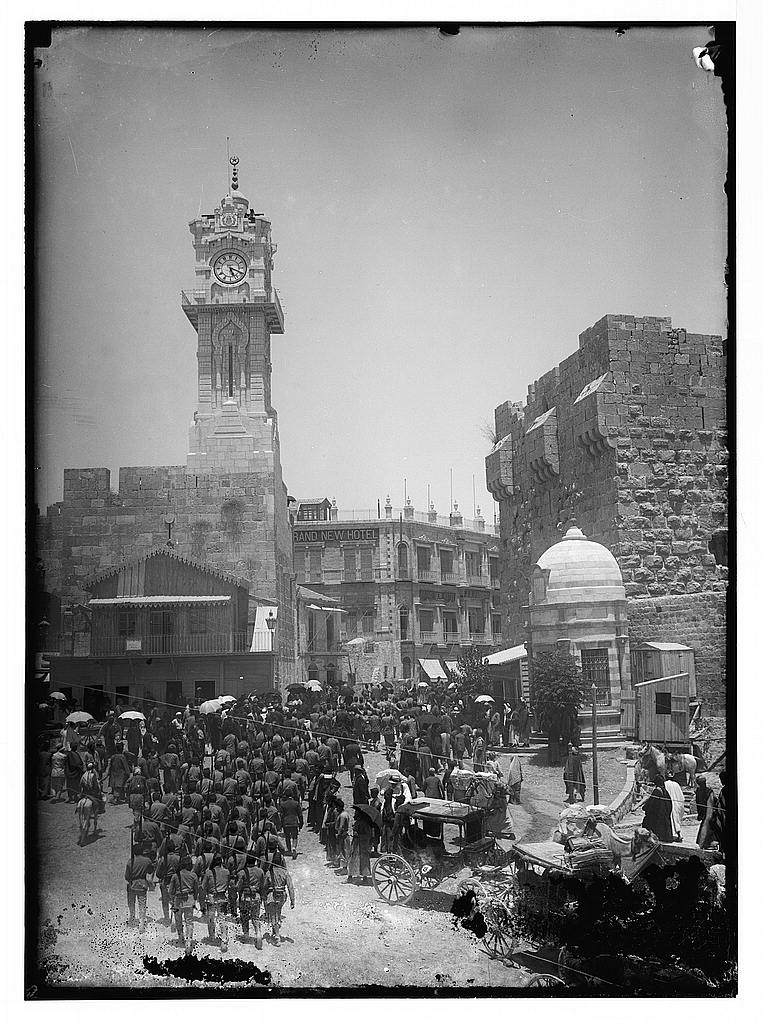