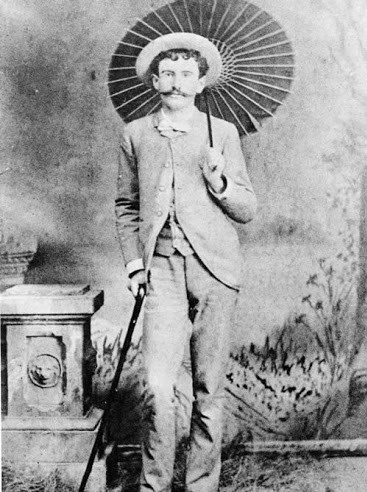 The situational irony of the New York Hotel Lotus in “Transients in Arcadia” (originally published on July 17, 1904, in the New York Sunday World Magazine) by O. Henry, pseudonym of William Sydney Porter, concerns the fact that it is supposedly undiscovered while situated in Manhattan. The second layer of irony is derived from the fact that, at times, the affluent clientele that it attracts, being later exposed as pseudo-aristocratic, is light years removed from any real conception of wealth. O’ Henry’s story wonderfully subverts the conventional rags-to-riches plot and the stereotypes. In an unexpected and sensitive reversal, both protagonists indulge in mutual confessions in the hotel lobby. Their instant fall from the heights of faux wealth and cosmopolitanism to the harsh reality of their working-class pennilessness reads as powerful and life-affirming. In spite of its semblance of architectural grandeur, the Manhattan hotel can be central to the formula of fading aristocratic privilege as it offers a peculiar kind of accommodation marked for its passionate insistence on the natural order of things.

A week before the aforementioned twist in the plot, the story’s two prominent individuals arrive at the same hotel with all the set of affectations and mannerisms that their class refinement commands. Within the transitory, fleeting, ephemeral hotel, Madame Beaumont and Harold Farrington become “Transients in Arcadia,” assuming false identities, putting on airs and graces, and momentarily living the unattainable hotel life that their social class perennially prohibits. While literature on New York hotels underscores the division from the hustle and bustle of downtown and, by extension, from the discontents of civilisation and horrors of social life, one does not normally associate a Broadway hotel with pastoral visions and the connotations of a naturally bountiful idyll. O. Henry’s hotel functions like an oxymoron transposing, in what reads like a utopian trope, the spirit of Arcadia within the metropolis. It enables the incursions from the outer to the inner and vice versa, incursions figuratively represented by the plant life, the rich, lush American flora that seeps in. The incursions of nature evoke a spontaneous, purer state of things whereby hotel residents live naturally, organically, uncorrupted by the tensions of class politics and the disparities of wealth, material possessions, power, and prestige, It is assumed that they belong to a specific nexus of power being members of the New York capitalist elite. Within the hotel buffer zone, they seem to complacently inhabit a transitory hotel “Arcadia”:

There is a hotel on Broadway that has escaped discovery by the summer-resort promoters. It is deep and wide and cool. Its rooms are finished in dark oak of a low temperature. Home-made breezes and deep-green shrubbery give it the delights without the inconveniences of the Adirondacks. One can mount its broad staircases or glide dreamily upward in its aerial elevators, attended by guides in brass buttons, with a serene joy that Alpine climbers have never attained […] The temperature is perpetual April. The ceiling is painted in water colors to counterfeit a summer sky across which delicate clouds drift and do not vanish as those of nature do to our regret. […] The pleasing, distant roar of Broadway is transformed in the imagination of the happy guests to the noise of a waterfall filling the woods with its restful sound. At every strange footstep the guests turn an anxious ear, fearful lest their retreat be discovered and invaded by the restless pleasure-seekers who are forever hounding nature to her deepest lairs. (170-71)

The paradox of this Arcadia, “this oasis in the July desert of Manhattan” (170), works in perfect tandem with the charade and the seemingly innocent role-playing of Madame Beaumont and Harold Farrington. O. Henry’s positive, life-affirming portrayal of Madame Beaumont precludes moral judgements. Her demeanour reads like an innocent, childish game that liberates her from the banality of her working-class life. The fact that the afore-mentioned metaphors of vegetation, foliage, and fruitfulness find sartorial extensions in her very gown points to the fact that she is perfectly in context within the paradoxical hotel Arcadia that fleetingly accommodates her while nourishing her dream of a better life: “She wore a gown as beautiful and immaterial as the mist from an unseen cataract in a mountain gorge. The nomenclature of this gown is beyond the guess of the scribe. Always pale-red roses reposed against its lace-garnished front” (172). The metaphor of flora is sustained throughout with the story’s diction constantly evoking greenery, fruitfulness, fertility. The very name of the hotel (lotus) conjures up notions of purity through the symbol of an immaculate flower that submerges into water and re-blooms constantly. Following Madame Beaumont and Harold Farrington’s momentous meeting, “an acquaintance grew, flowered and fructified on the spot as does the mystic plant of the conjuror” (174). The narrator’s assertion that “to enjoy that delectable hostelry one must forego the city as though it were leagues away” (172), perhaps discloses the class politics in capitalist modernity that O. Henry was, at the very least, contemplating while writing the story.

The story’s greatest paradox perhaps concerns the fact that the protagonists of “Transients in Arcadia” cannot thrive within their Manhattan hotel without forgoing the socioeconomics of their class and, in a sharply ironic twist, it is the very hotel that enables them to do so, staging their rituals and performative acts of forgetting. The hotel tolerates their faux-riche attitude and society poser antics while attempting to function as social gatecrashers. It is the anonymity and plasticity of the hotel spirit that lets them assume false identities and escape unharmed. Field Levander and Pratt Guterl suggest that transgressions become permissible with characters being “[s]urrounded by the plastic, unreal ethos of the hotel” (2015, 89).

Having successfully disguised themselves as haute New Yorkers and having blossomed within the hospitable hotel Arcadia that allows them to assume their respective illusory, fictitious identities through the evocation of a forlorn, uncorrupted, “natural” state of affairs, Madame Heloise D’Arcy Beaumont finally reveals herself to be Mamie Siviter, and Harold Farrington breaks the news of also being a poser. His true name is James McManus (Jimmy). Their transient holidays within the hotel Arcadia are over and, as they are about to return to society and the sad realities or drudgery of their real lives, social and class order must finally be restored. The illusory identities that they have persuasively assumed within the hospitable plasticity of the Broadway hotel will continue to console them for some time:

“Mr. Farrington,” she said, with the smile that had won the Hotel Lotus, “I want to tell you something. I’m going to leave before breakfast in the morning, because I’ve got to go back to my work. I’m behind the hosiery counter at Casey’s Mammoth Store, and my vacation’s up at eight o’clock tomorrow. That paper-dollar is the last cent I’ll see till I draw my eight dollars salary next Saturday night. You’re a real gentleman, and you’ve been good to me, and I wanted to tell you before I went. I’ve been saving up out of my wages for a year just for this vacation. I wanted to spend one week like a lady if I never do another one. I wanted to get up when I please instead of having to crawl out at seven every morning; and I wanted to live on the best and be waited on and ring bells for things just like rich folks do. Now I’ve done it, and I’ve had the happiest time I ever expect to have in my life. I’m going back to my work and my little hall bedroom satisfied for another year. […] “This dress I’ve got on – it’s the only one I have that’s fit to wear – I bought from O’Dowd & Levinsky on the installment plan.” (176-77)

On the occasion of the opening of the first O. Henry Hotel in Greensboro, North Carolina (1919) The New York Times report that:

No memorial could be more appropriate for “O. Henry” than a hotel and that no other would have pleased his fancy. “A lot of famous writers,” said one guest, “have houses they once occupied preserved in their honor, but O. Henry lived most of his life in hotels. A hotel is representative of him as no house could be, and representative, too, of his stories, which were chiefly concerned with the transient guests of life, the waifs and strays of present-day existence who found in hotels and restaurants the setting for so many of their poignant adventures.” (qtd. in https://ohenryhotel.com/namesake/ n.p.)

Field Levander, Caroline and Matthew Pratt Guterl. 2015. Hotel Life: The Story of a

Place Where Anything Can Happen. Chapel Hill: University of North Carolina Press.

O. Henry. 1908. “Transients in Arcadia,” The Voice of the City: Further Stories of the 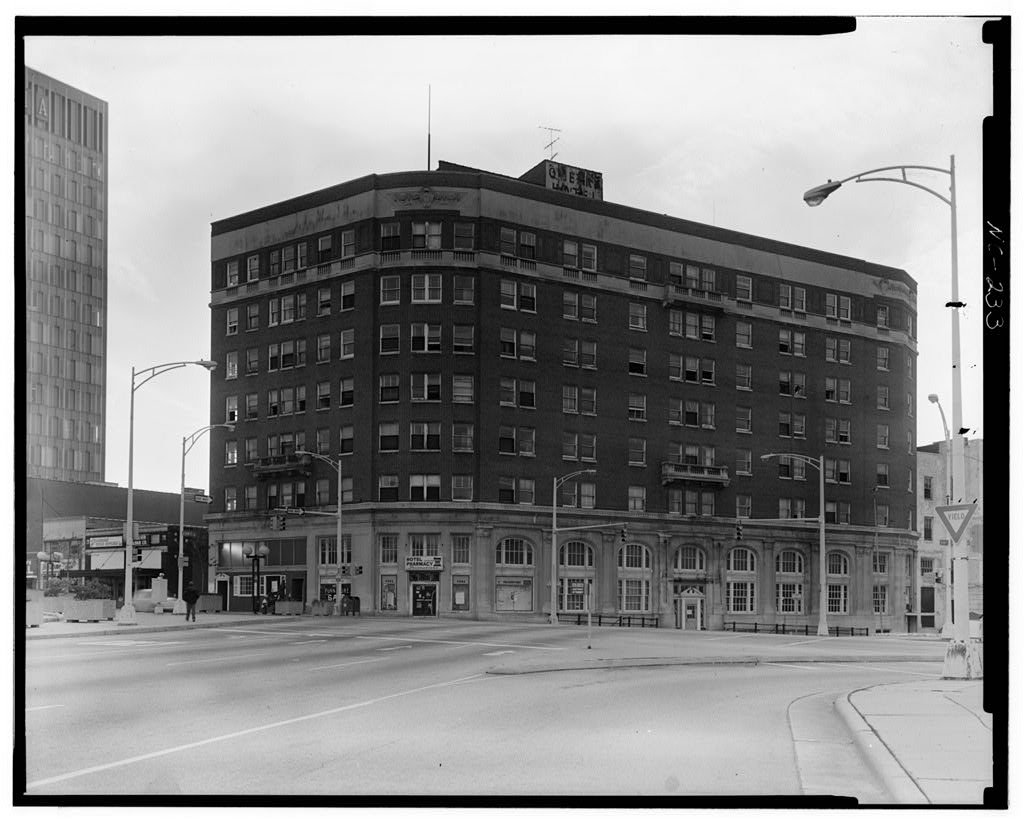