The Bodosakis Foundation website, BLOD (Bodosakis Lectures on Demand), hosts the videos of the panels “Hotels in Times of War and Crisis” and “The Greek Hotel” from our September 2021 conference.

Many thanks to BLOD for inviting and including the HOTEMS symposium in its collection of important cultural, academic and scientific events taking place in Greece. 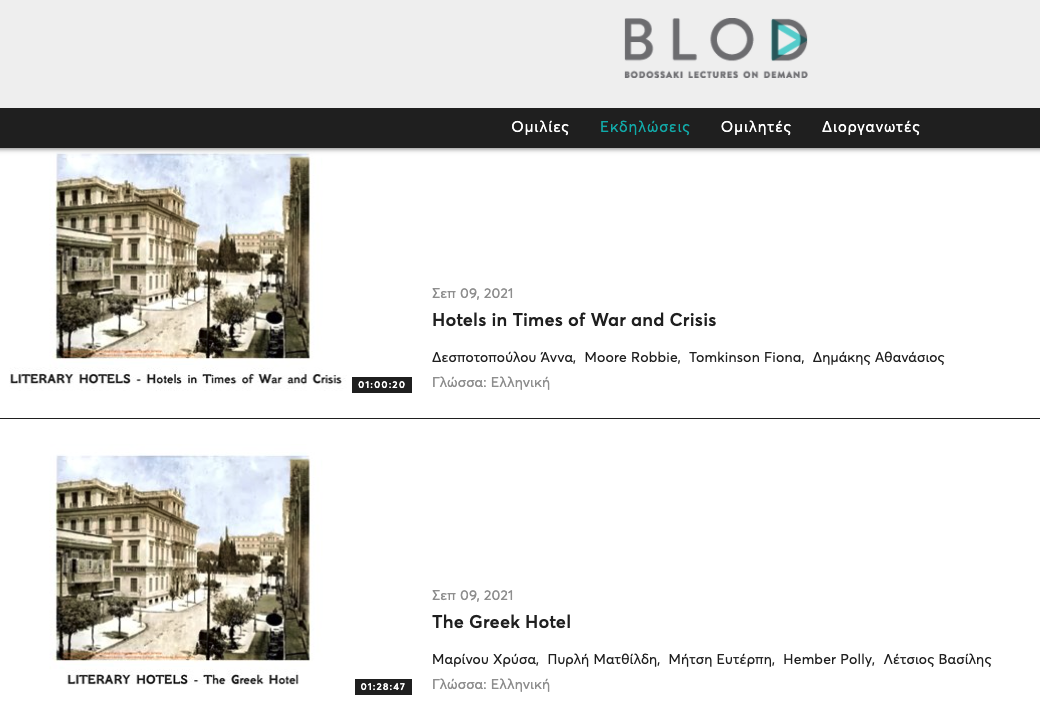 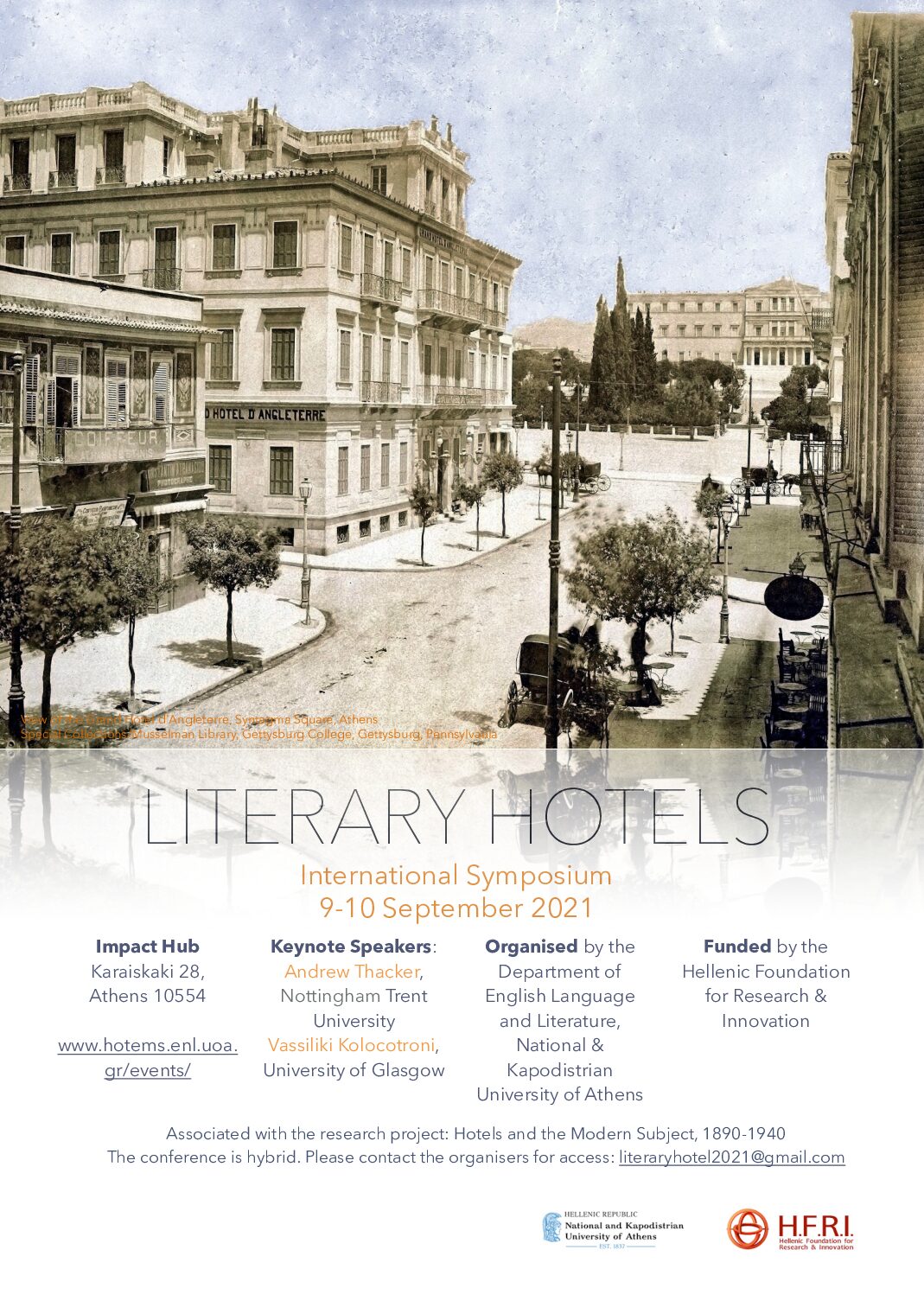 The international research member of our project, Dr. Vassiliki Kolocotroni will deliver one of the two keynote lectures, “Hotel Trouble”,  at the HOTEMS project “Literary Hotels” International Symposium, 9-10 September 2021

The HOTEMS international symposium (9-10 September 2021) will feature a panel (in English) on the Greek hotel in literature and culture:

For more on Greek hotels at the conference see:

Nikos Filippaios, University of Ioannina
“The Most Original Hotel of the World”: Memory, Crime and Tourism in Giannis Maris’ The Hands of Aphrodite (1963)