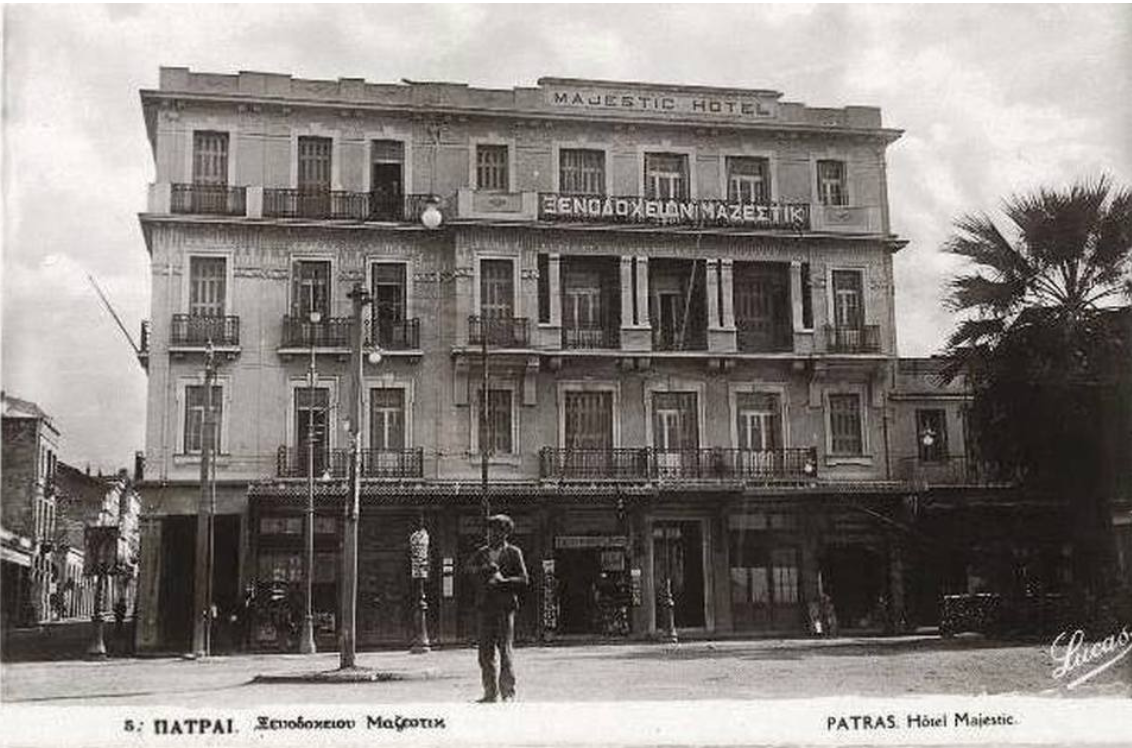 Michail Mitsakis (c. 1868 – 1916) first published his short story “Αυτόχειρ” (“By His Own Hand”) in the newspaper Acropolis in 1895. Reminiscent of Edgar Allan Poe’s “Man of the Crowd,” as Georgia Gotsi observes, the story constitutes a spatial narrative that begins with the narrator checking in at the Grande Bretagne Hotel in Patras, a city and port in the Peloponnese. The narrator of the story attempts to interpret the message left by “an unknown man who committed suicide” and “wanders through Patras in an unconscious effort to solve the puzzle posed by the dead man” (Gotsi 42).

Extract from “By His Own Hand”

‘We had a suicide today … you must have heard it of course….’

‘Why… someone from out of town … it was yesterday he arrived … and he stayed in one of those hotels down by the front … he said he’d come from Athens … but he wasn’t from those parts … I think he must have been from Smyrna … but, as a matter of fact, at the hotel they didn’t even know his name … […] he arrived last night, left his bag and went out, came back late, slept, ordered his coffee in the morning, a quiet sort, nothing in his outward appearance to give anything away, went out again, took a walk to the Willows, ate luncheon at another hotel, came back about two, greeted the chap at the door, went up his room, locked the door, and then shortly afterwards they heard the pistol-shot… They got a message to me, I smashed down the door, found him fully dressed on the bed … with a wound here…’ – and the policeman pointed at this heart- ‘… instantly … he can’t have lived for a second… He also left a piece of paper, as a matter of fact…’

And the young policeman took out his wallet, opened it, pulled out a small piece of paper folded in two, reached across the dishes, and gave it me to read. It was a half sheet of that paper you get at the post office, which they customarily use in the provinces, lined paper with green horizontal lines; pretty wrinkled, crumpled even, with finger marks clearly visible, as if it had passed through various hands; completely blank, except that indeed on one line, the top line, there could be made out, written out so carefully, in the tiniest letters, these words: I’m killing myself. Don’t let it bother anyone. And below, the name of the city, the date and year, and the suicide’s signature. That was it. […]

I set off back to get some sleep and once again went by the hotel where the corpse lay. The lights at the entrance now extinguished, pitch dark, shut, it rose tall in the shadows. Only up there on the third floor, as if in fear, the candle trembled, pale and exhausted. I reached my place of lodging, banged on the door; the doorman woke, with a snort, in his underwear, and opened up for me. The entire hotel, void of light and sound alike, was sunk in sleep. Only up on the second floor seeming louder for the surrounding deep silence, some sleeper’s snoring could be heard, audible through doors and windows and all but shaking the walls.

And from the room next to mine, where I had had a passing sight of the half-naked chanteuse, came improper sounds, strange noises carrying, the rustle of bedclothes and a hiss of sheets; the bed started to move back and forth, banging again and again into the wall, tempest-tossed like a ship in a storm. Oh, in very truth, that man had been, when all was said and done, an utter fool! […] Was he really going to be bothered, the snorer, glutting himself on sleep, absorbing it in his every pore and shaking the walls, or would they, the debauchees on their bed of lust? And I tossed and turned in bed, uneasy. It was that thick undersheet making me itch and not letting me sleep. Two or three hours went by, and I had slept not a wink. Night was galloping away; dawn had made giant strides. And despairing of sleep I got up, drew the curtains and opened the window. The sea stretched out below, calm and waveless, ever waveless, and ever calm; motionless, the outlines of the mountains on the far side rose tall; and from Mount Panachaikos the sun was rising, wonderfully unvarying and matchlessly unchanged…

Thanks to Athina Markopoulou for suggesting and copying the passage.