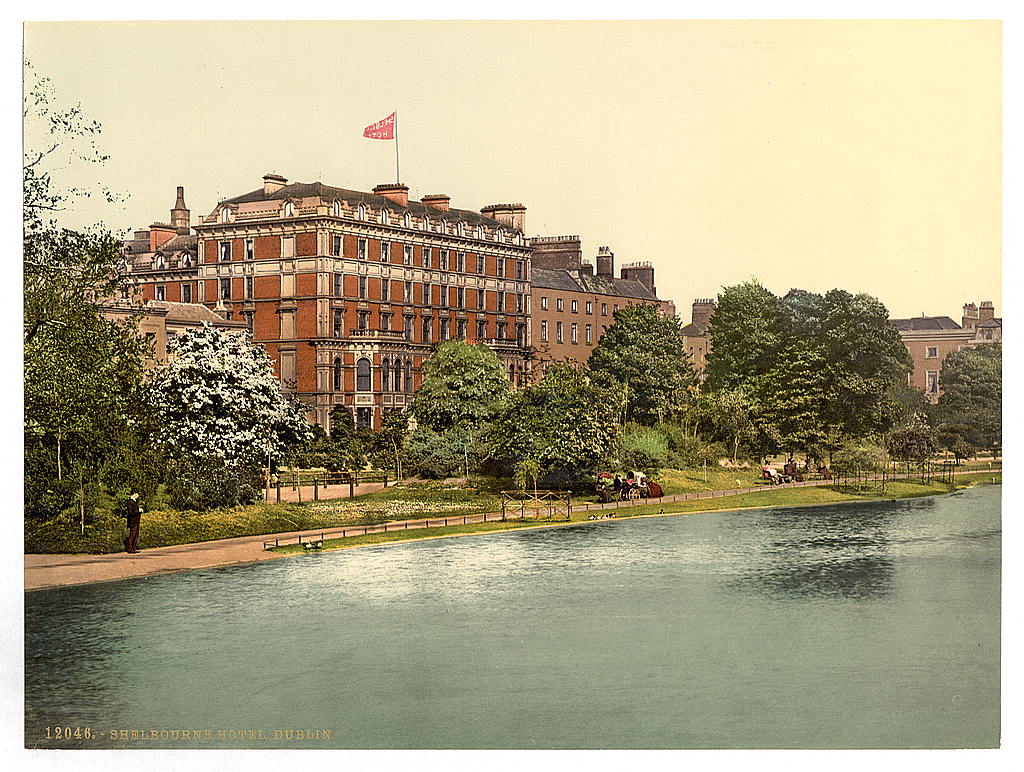 In “The Dead” (1914) and “The Stranger” (1922), James Joyce and Katherine Mansfield use the hotel room to explore themes of passion, possession, jealousy, and insecurity. In both stories the hotel room is a space of privacy but also of alienation for the couples, Gabriel and Gretta, in the first, and John and Janey in the second.

In “The Dead” Gabriel impatiently awaits their return to the hotel, after a bustling but also strangely paralyzing Dublin party, whose conventions and conversations have underscored their lives’ lack of spontaneity and imagination. He becomes annoyed by the various distractions that delay the moment of intimacy, and well before they arrive at the hotel, he fantasizes about how it will be:

He longed to be alone with her. When the others had gone away, when he and she were in their room in the hotel, then they would be alone together. He would call her softly:
—Gretta!
Perhaps she would not hear at once: she would be undressing. Then something in his voice would strike her. She would turn and look at him. …

Gabriel envisages the hotel as a means of escape “from their lives and duties, … from home and friends,” and as a space of desire and intimacy allowing the expression of the long-buried wildness and radiance that he thinks still exists in their hearts. Throughout the scenes of approach to and arrival at the hotel Gabriel is aroused by what he sees as the frailty of Gretta’s body, whose movement he longs to still, like in the earlier scene at the party where he imagines her as a static painting. On the stairs towards their room, “He could have flung his arms about her hips and held her still for his arms were trembling with desire to seize her.” Declining the candle offered by the porter (“We don’t want any light”) and tightly locking the door, Gabriel then expects Gretta to respond to his call in the way that he had imagined her responding earlier in the story. However, the darkness he has welcomed ironically evokes spectral presences of past lives and loves that he cannot control. Disappointed that Gretta is abstracted, looking out of the window rather than being drawn to the hotel room interior which brims with his desires and fantasies, Gabriel gradually revises his views about his wife and his own self. His presuppositions about Gretta’s frailty and dependence on him are thwarted when the latter reveals the rich emotional life she led in her youth, the romance she had experienced and the desire and anguish she had stirred in another man. The darkness, the coldness, and the deathliness of the hotel room underscore the general morbidity and paralysis that characterize the city in all the stories of The Dubliners.

In “The Stranger,” John Hammond, after a long wait at the Auckland wharf for his wife who has arrived by boat from Europe after a ten-month absence, can’t wait to get her back at the hotel where he too, like Gabriel, fantasizes about their moment of intimacy: “‘For God’s sake let’s get off to the hotel so that we can be by ourselves!’ And he rang the bell hard for some one to look sharp with the luggage.” He attributes her delay and her putting off disembarkation to frailty, littleness (“How little she looked to have come all that long way and back by herself”), and even potential illness: “Did it—could it mean that she had been ill on the voyage—she was keeping something from him? That was it!” Just like Gabriel with Gretta, John does not really see Janey (“But Hammond didn’t see her”); rather he projects his own assumptions on her. On arrival at the hotel, John precipitates the moment of intimacy by ignoring acquaintances lounging at the lobby and avoiding dinner at the restaurant:

The [hotel] manager led them through the hall himself and pressed the elevator-bell. Hammond knew there were business pals of his sitting at the little hall tables having a drink before dinner. But he wasn’t going to risk interruption; he looked neither to the right nor the left. They could think what they pleased. If they didn’t understand, the more fools they—and he stepped out of the lift, unlocked the door of their room, and shepherded Janey in. The door shut. Now, at last, they were alone together. He turned up the light. The curtains were drawn; the fire blazed. He flung his hat on to the huge bed and went towards her.
But—would you believe it!—again they were interrupted. This time it was the porter with the luggage. He made two journeys of it, leaving the door open in between, taking his time, whistling through his teeth in the corridor. Hammond paced up and down the room, tearing off his gloves, tearing off his scarf. Finally he flung his overcoat on to the bedside.
At last the fool was gone. The door clicked. Now they were alone. Said Hammond: “I feel I’ll never have you to myself again. These cursed people! Janey”—and he bent his flushed, eager gaze upon her—“let’s have dinner up here. If we go down to the restaurant we’ll be interrupted, and then there’s the confounded music” (the music he’d praised so highly, applauded so loudly last night!). “We shan’t be able to hear each other speak. Let’s have something up here in front of the fire. It’s too late for tea. I’ll order a little supper, shall I? How does that idea strike you?”
“Do, darling!” said Janey.

His annoyance with the delays and interruptions is expressed through abrupt and violent thoughts and movements in the room, which intensify when Janey seems distracted and not as committed to his embraces as he would have liked: “But just as when he embraced her he felt she would fly away, so Hammond never knew—never knew for dead certain that she was a glad as he was.” Her confession that a man, a stranger, died in her arms on the boat, like Gretta’s confession to Gabriel, shatters John’s beliefs about his wife and about their relationship. The cold room becomes “his whole world,” a world of alienation and impersonality, a world of desire indefinitely deferred, where the luggage “ready to be carried away again, anywhere, tossed into trains, carted on to boats” stands for the precariousness of their physical and emotional tie.

“The Dead” and “The Stranger” explore the potential of the hotel room to both raise and thwart desire. The husbands see it as an erotic space that can offer an exciting sexual interlude, removed as it is from every-day domestic life (indicatively, John keeps putting off giving Janey their children’s letters). After all hotels were often linked to promiscuity and prostitution, and Gabriel and John expect their wives to be attuned to their out-of-the-ordinary, undomestic, desires. However, the hotel room, which stood for the fulfilment of erotic yearning for the men, becomes instead a space of memory and interiority for the women. Despite not wanting to share their wives with anyone, Gabriel and John, it seems, cannot avoid it. As the latter admits at the end, “They would never be alone together again.” The hotel room, with its ghosts of guests past and the hundreds of stories and intimacies it has witnessed is poignantly suggestive of this impossibility of exclusivity, privacy, and possession. The coldness that both male protagonists experience in the room at the close of the stories ends not only their fantasies and expectations but also their conviction that their wives have existed only as extensions of themselves. Disillusioned and haunted by the two dead men that have captured the heart and sympathy of their wives, Gabriel and John both realize how little they know Gretta and Janey. The titles’ “dead” and the “stranger,” who are conjured in the hotel rooms, may refer as much to the ghostly other men as to Gabriel and John themselves facing their own estrangement and their irredeemable failures. 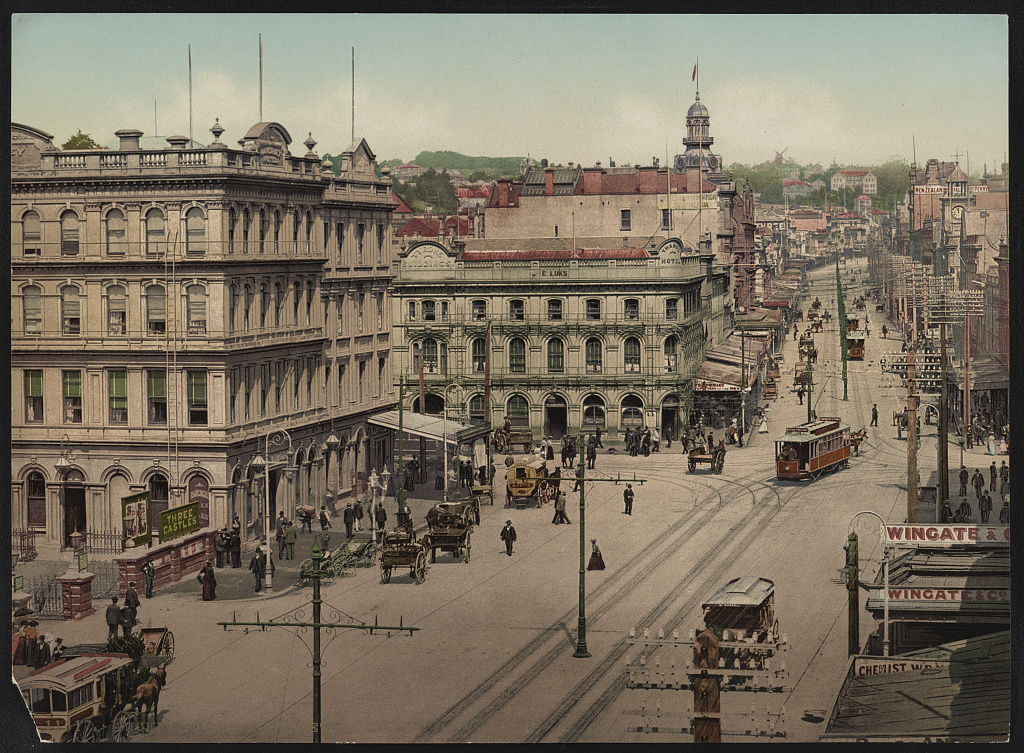 Shelbourne Hotel, Dublin, Ireland between ca. 1890 and ca. 1900. Library of Congress Prints and Photographs Online Catalogue [The Shelbourne Hotel is mentioned in The Dubliners] 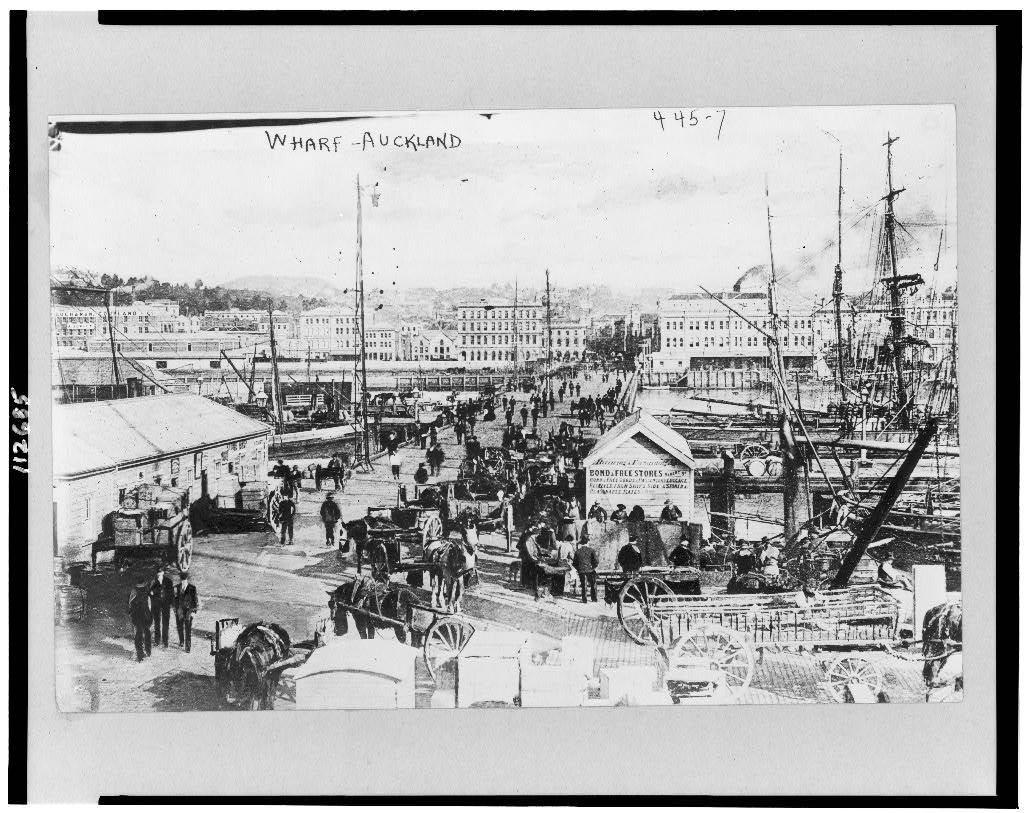