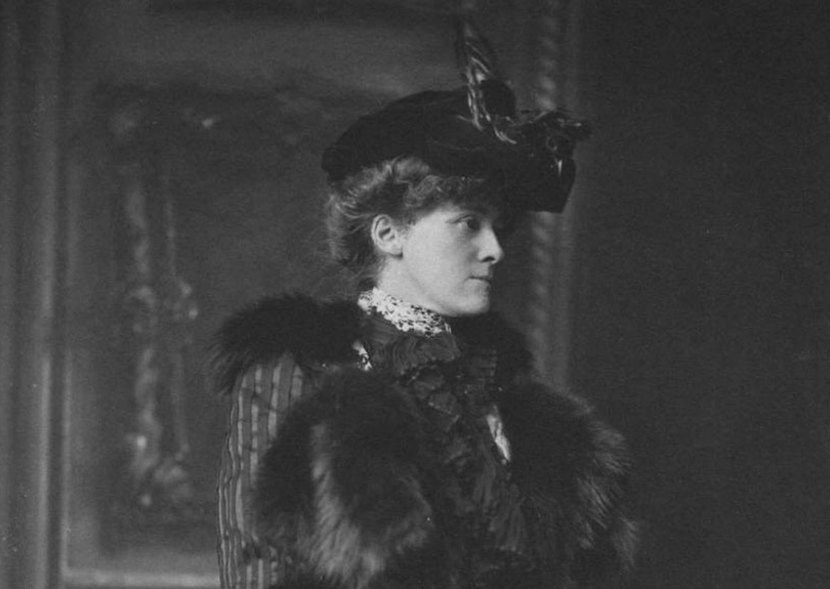 “Her mind was an hotel”: Edith Wharton’s “Xingu”

Mrs. Leveret’s sense of being adrift was intensified by the appearance of Mrs. Ballinger’s drawing-room. To a careless eye its aspect was unchanged; but those acquainted with Mrs. Ballinger’s way of arranging her books would instantly have detected the marks of recent perturbation. Mrs. Ballinger’s province, as a member of the Lunch Club, was the Book of the Day. On that, whatever it was, from a novel to a treatise on experimental psychology, she was confidently, authoritatively “up.” What became of last year’s books, or last week’s even; what she did with the “subjects” she had previously professed with equal authority; no one had ever yet discovered. Her mind was an hotel where facts came and went like transient lodgers, without leaving their address behind, and frequently without paying for their board. It was Mrs. Ballinger’s boast that she was “abreast with the Thought of the Day,” and her pride that this advanced position should be expressed by the books on her drawing-room table. These volumes, frequently renewed, and almost always damp from the press, bore names generally unfamiliar to Mrs. Leveret, and giving her, as she furtively scanned them, a disheartening glimpse of new fields of knowledge to be breathlessly traversed in Mrs. Ballinger’s wake. But to-day a number of maturer-looking volumes were adroitly mingled with the primeurs of the press–Karl Marx jostled Professor Bergson, and the “Confessions of St. Augustine” lay beside the last work on “Mendelism”; so that even to Mrs. Leveret’s fluttered perceptions it was clear that Mrs. Ballinger didn’t in the least know what Osric Dane was likely to talk about, and had taken measures to be prepared for anything. Mrs. Leveret felt like a passenger on an ocean steamer who is told that there is no immediate danger, but that she had better put on her life-belt. (12-13)

In Edith Wharton’s short story “Xingu” (1916), the hotel becomes a metaphor for the mind of a female character who runs a ladies’ book club and who claims to have authority on subjects as diverse as literature and genetics. Through the metaphor of the hotel, Wharton applies her critical satire to Mrs Ballinger, whose relation to all these subjects (philosophy, politics, literature, and theology) is as short-lived as the ephemeral stay of guests at hotels. For the less sophisticated Mrs Leveret, Mrs Ballinger’s “erudition” causes the uncomfortable feeling of being “adrift”, a sense of loss accentuated by another image of a transitory space, the ocean steamer. The satirical narrative tone and the spatial images expose these women’s superficiality and pretense of intellectual cultivation, while the hotel metaphor also evokes the snobbish elitism and the performance of class sophistication that took place in the grand hotels of big American cities such as New York at the time. In Wharton’s work the hotel exemplifies the forces of mobility and commercialization, which presented opportunities but were also particularly challenging for women. At the same time, however, they fostered superficial relations and hypocrisy, as can be seen more pronouncedly in The Custom of the Country. As a hotel, the mind of Mrs Ballinger in “Xingu” is not unlike the “gilded void” of the Hotel Stentorian that we see the Spraggs “enthroned in”, in the first chapter of the 1913 novel (11, 5). 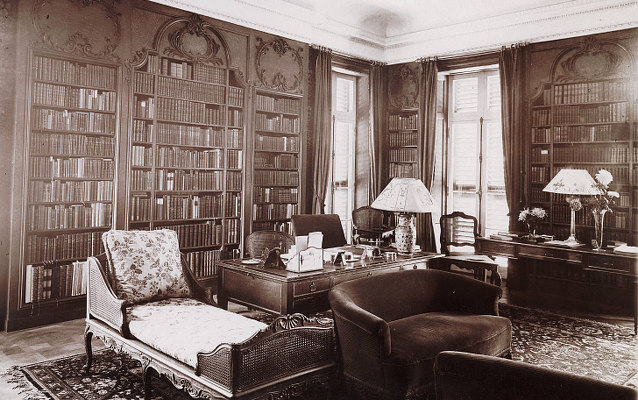 Photograph of the northwest view of the library of the Mount (the home that Wharton designed in 1902). Edith Wharton Collection, Beinecke Rare Book & Manuscript Library, Yale University Library. 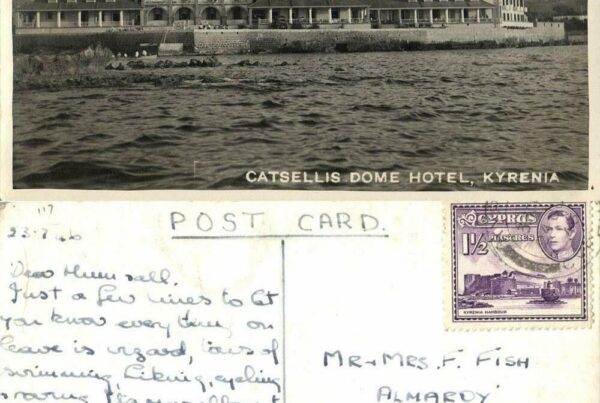