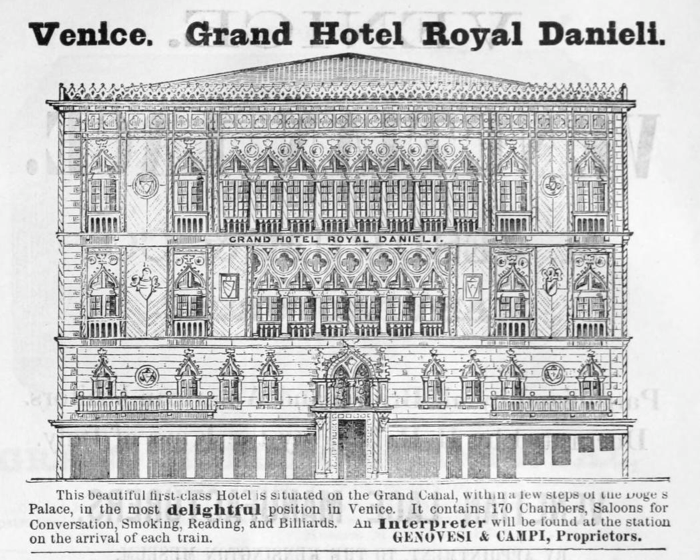 As a literary space, the hotel tends to be associated with Western literary traditions, where it often represents the “restless modern mind” (Bates 2003, 71). Yet the uses of the hotel are not restricted to Western literary worlds. As a result of colonialism and the consequent migration movements and other mobilities across and beyond the (former) colonial divide, the hotel has found its way into African and Afrodiasporic literatures (see, e.g., Coulibaly 2017; Toivanen 2017a & 2017b; García-Corte 2021). This is the case with African gigolo (1989), a novel by the Francophone, Paris-based author Simon Njami, born to Cameroonian parents in Lausanne in 1962. African gigolo is a story about a young Cameroonian man, Moïse, who has initially come to Paris to study but who leads an idle life that revolves around sexual adventures with white women. The protagonist’s metropolitan life is financed by his parents, who are unaware that their son has abandoned his studies. His complex relationship with an upper-class, middle-aged French woman, Mathilde, further permits Moïse to engage in a luxurious lifestyle: Mathilde not only takes him to holiday destinations but also introduces him within her circle of acquaintances, as a consequence of which he becomes an art-dealer’s assistant. It is in the context of leisure and professional travel that the hotel features in the narrative. The image of the hotel conveys the protagonist’s alienation in France as he performs the stereotypical role of the “African gigolo” – a hypersexualised black man relegated simultaneously to racial and cultural inferiority.

A hotel features first in a passage in which Mathilde invites Moïse to Deauville, a seaside resort in Normandy. Mathilde drives her white Mercedes convertible, an elegant scarf holding her hair in place, while in the passenger’s seat the protagonist starts to think about enslaved Africans in the USA and how, only twenty years earlier, a black man could be hanged for touching a white woman. Thus, the narrative contrasts the violent histories of slavery and colonialism with the nonchalance of white bourgeois holidaymakers and hotel-dwellers and hints at the historical roots of the protagonist’s malaise. For the protagonist, the very concept of holidaymaking is “anti-African”, and Deauville an artificial city desperately trying to live up to its past splendour. By day, Mathilde and Moïse go for walks on the beach, and in the evenings they dine at the hotel restaurant. Other hotel guests cast glances at their table, signalling to Moïse that he is out of place in the bourgeois environment and in the company of a white woman. Against stereotypical expectations – probably even their own – they have separate rooms, with Moïse’s filled with “complex solitude” (75).

The second hotel in the novel is the Hotel Danieli, a luxury establishment on the Venice lagoon, consisting of palaces from the 14th, 17th and 19th centuries. This is where the protagonist stays during his business trip with his employer, an art-dealer named Durand. Describing the city as seen by Moïse through the aeroplane window and aboard a vaporetto, the narrative portrays Moïse as “fascinated” and “speechless with admiration” (103), which contrasts with his habitual blasé attitude in Paris. Observing his assistant’s reactions, Durand states: “What I like so much about you, Moïse, […] is that deep down you’re just a child” (103). These words, pronounced at the entrance of the sumptuous historical hotel, convey yet another colonial stereotype, namely the one that sees Africans as child-like and existing outside history. This racist discourse is assimilated by Moïse as he admires the hotel and “measures the enormity of his ignorance and inexperience”, wondering how “Africans will make up for the absence of old stones and tangible history” (104) that are seen as measures of a ‘civilised’ culture. The hotel encapsulates the protagonist’s sense of inferiority generated by colonialist discourses.

The third hotel in the text is the Grand Hotel Krasnapolsky, where Moïse stays during his business trip to Amsterdam. Again, the solitariness of the hotel room conveys his alienation as an African man in Europe. Unable to sleep, he leaves the hotel for a nocturnal walk. As he wanders the city streets, he ends up in a bar with a black bartender and clientele and where Bob Marley’s music is being played. While he does not engage in conversation with anyone – the fact that everyone speaks Dutch excludes him – the protagonist experiences a relieving sense of being a foreigner, but a consenting one and not “an imposter who has assumed, usurped the role of someone else” (171). On his way back to the hotel a weight of “insurmountable unease” (171) sets in. In his room, he unsuccessfully tries to reach Mathilde by phone and having finally fallen asleep, he wakes up in a state of anxiety at 4 am after a nightmare in which he is castrated.

After a day of business meetings, Moïse again finds himself alone and insomniac in his hotel room. In the bathroom mirror he sees an “old man” – paralleling the portrayal of Dorian Gray before his ugly end (177). He tries to call Mathilde but she still does not answer, so he decides to write a farewell letter to his parents and drown himself in a canal to “make peace with himself” (178). However, as none of the canals “seems suitable to accommodate the remains of Moïse Ndoungué” (179), he ends up in a red-light district, where he pays an Antillean prostitute. Things escalate quickly: he does not get an erection, and the prostitute laughs at him; he gets angry and assaults her. A group of white men enter and beat him up and drive him to a construction site on the outskirts of the city, where they rape him and leave him for the workers to find early the next morning. Back in his hotel room, the abused protagonist bathes for several hours before going back to the Bob Marley bar, but he no longer feels any affinity with the place. The hotel remains the protagonist’s ‘home base’ during his stay in Amsterdam as he roams in the city, trying to find ways to process his alienation and now also the traumatising experience of rape. The hotel is a pivotal element of plot construction as a space where the protagonist’s alienation starts to overwhelm him before escalating into an extremely violent outcome.

Finally, what is noteworthy in the portrayals of the three hotels in Njami’s novel is the recurrence of the aquatic element: in Deauville the sea, and in Venice and Amsterdam the canals. In African literatures, the sea is a key trope of historical and contemporary coerced mobilities, but European riverine spaces also feature as “contested sites where imperial history lurks just beneath the surface”, as Katelyn E. Knox (2016, 203) has suggested. Njami’s protagonist’s urge to drown himself in the canal is echoed in such novels as Ousmane Socé’s Mirages de Paris [“Mirages of Paris”] (1937), J. R. Essomba’s Le Paradis du nord [“The Paradise of the North”] (1996), and Caryl Phillips’s A Distant Shore (2004) (Toivanen 2019). In African gigolo, the hotel trope is constantly linked with the violent histories of colonialism and slavery and their legacies that repeatedly inform the lives of Africans in contemporary Europe.

Note: All translations from the novel by the author.

Dr Anna-Leena Toivanen is an Academy Research Fellow at the University of Eastern Finland. Her current research project focuses on the representations and poetics of Afroeuropean mobilities in Francophone African literatures. She acts as the literary studies subject editor of the Nordic Journal of African Studies. She has published widely on mobility-related themes in African literatures, and is the author of Mobilities and Cosmopolitanisms in African and Afrodiasporic Literatures (Brill 2021).

Toivanen, Anna-Leena. 2017a. “Spaces of In-between-ness and Unbelonging: The Hotel in Short Stories by Sefi Atta and Chimamanda Ngozi Adichie.” English Studies in Africa 60 (1): 1–11. 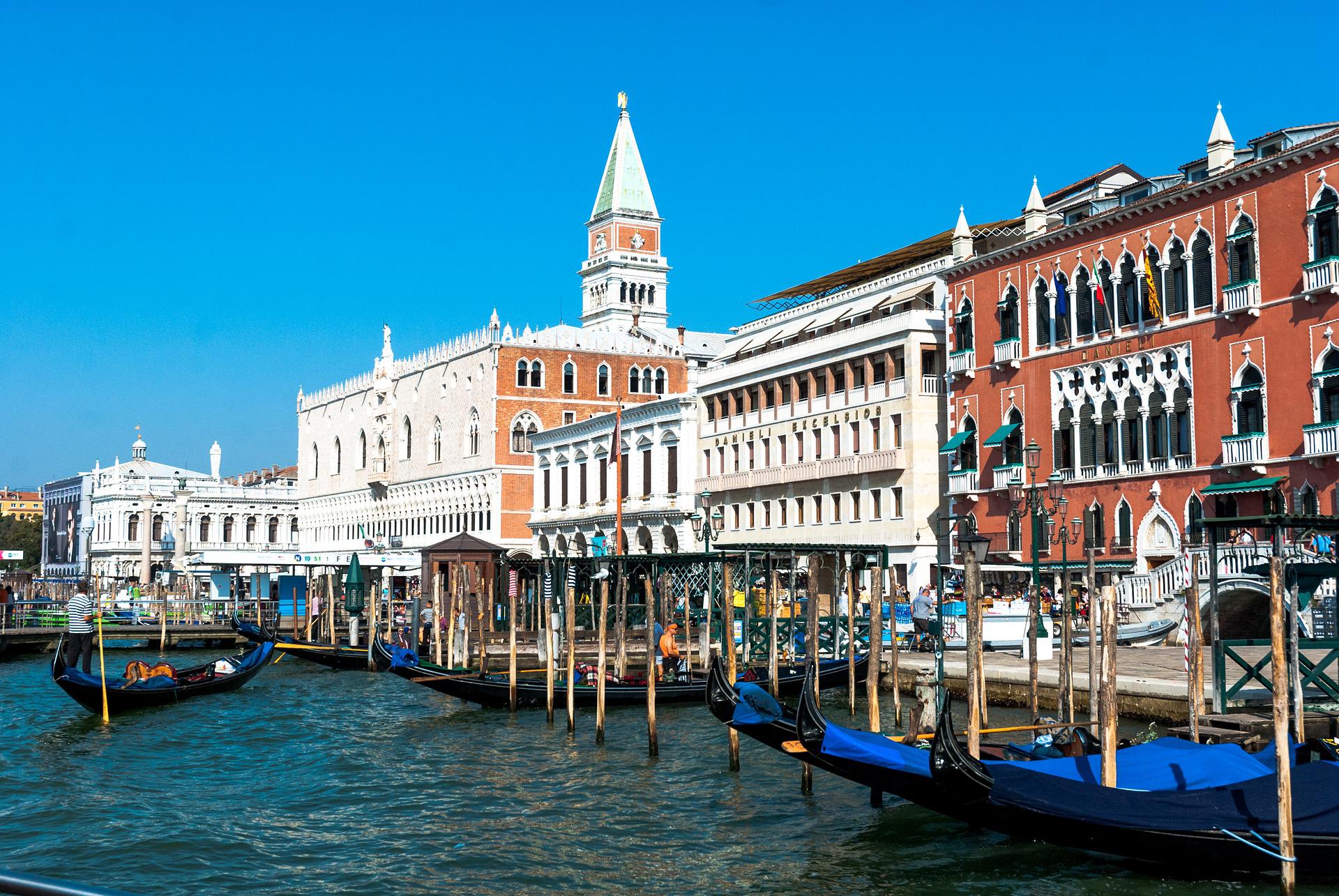