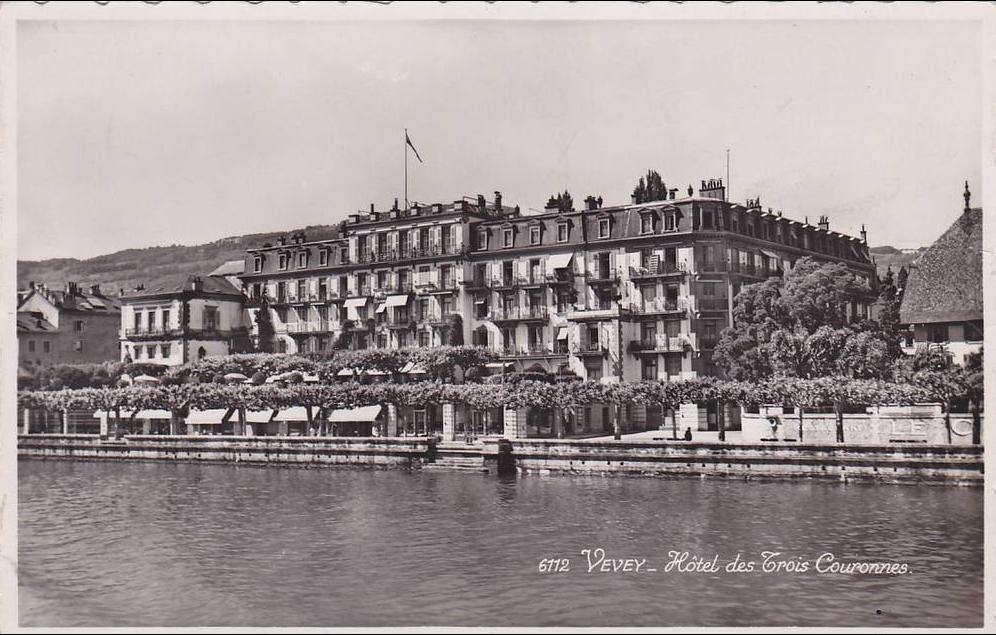 Daisy Miller at the Trois Couronnes

“At the little town of Vevey, in Switzerland, there is a particularly comfortable hotel. There are, indeed, many hotels, for the entertainment of tourists is the business of the place, which, as many travelers will remember, is seated upon the edge of a remarkably blue lake—a lake that it behooves every tourist to visit. The shore of the lake presents an unbroken array of establishments of this order, of every category, from the “grand hotel” of the newest fashion, with a chalk-white front, a hundred balconies, and a dozen flags flying from its roof, to the little Swiss pension of an elder day, with its name inscribed in German-looking lettering upon a pink or yellow wall and an awkward summerhouse in the angle of the garden. One of the hotels at Vevey, however, is famous, even classical, being distinguished from many of its upstart neighbors by an air both of luxury and of maturity. In this region, in the month of June, American travelers are extremely numerous; it may be said, indeed, that Vevey assumes at this period some of the characteristics of an American watering place. There are sights and sounds which evoke a vision, an echo, of Newport and Saratoga. There is a flitting hither and thither of ‘stylish’ young girls, a rustling of muslin flounces, a rattle of dance music in the morning hours, a sound of high-pitched voices at all times. You receive an impression of these things at the excellent inn of the ‘Trois Couronnes’ and are transported in fancy to the Ocean House or to Congress Hall. But at the ‘Trois Couronnes,’ it must be added, there are other features that are much at variance with these suggestions: neat German waiters, who look like secretaries of legation; Russian princesses sitting in the garden; little Polish boys walking about held by the hand, with their governors; a view of the sunny crest of the Dent du Midi and the picturesque towers of the Castle of Chillon.”

In his early tales of young American women in Europe, Henry James often describes the moral and physical restrictions that women faced in hotels which functioned as insular communities. Most memorable is the example of Daisy Miller, who in Vevey and Rome encounters the rigidity and snobbishness of an American expatriate society that has developed and adapted upper-class European moral codes, applying them in a puritanical way to new American invaders. For James’s free-spirited young heroine the hotel is a fluid setting for fleeting meetings and casual conversation, a transgressive space that enables the escape from the monotony and repetitiveness of standardized interaction. However, it soon becomes a life-denying space of surveillance and objectification for Daisy. Daisy’s plight serves to highlight an enduring double standard: while in the impersonal hotel men felt free to gaze at and make dangerous advances towards women, the latter were expected to lower their eyes and voices and stay within the borders of the hotel, respecting the conventional boundaries of female conduct that were transported from domestic to public space. 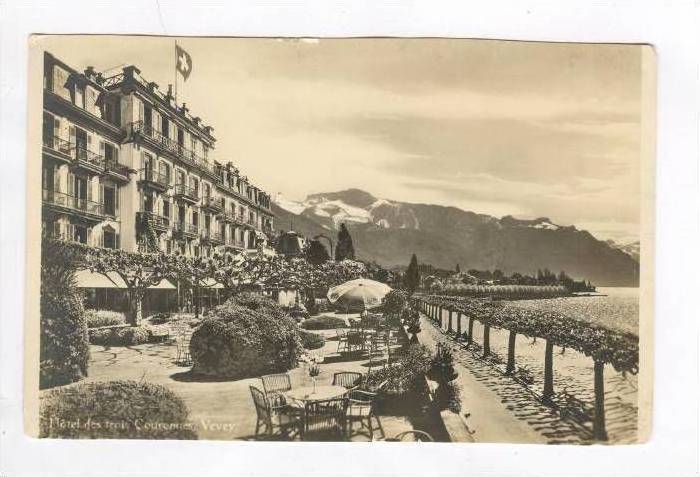