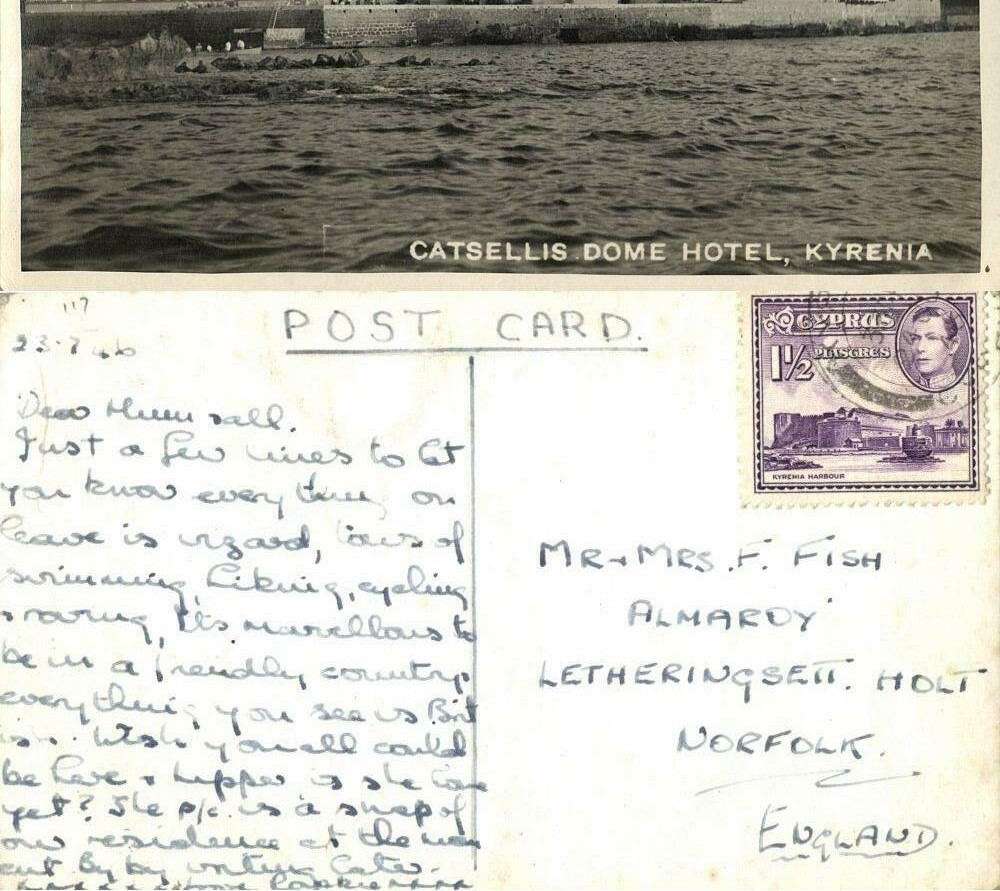 Lawrence Durrell’s travelogue Bitter Lemons of Cyprus (1957) offers a vague sense of the impending calamity that follows the author’s three-year stay in the island of Cyprus and his “notorious” involvement in matters of British intelligence (1953-56). Despite Durrell’s conviction that the book at hand should, by no means, be considered “a political book” (Bitter Lemons ix), it narrates the palpable discontents of the Greco-Turkish enmity, as well as the impasses of the state of affairs in Cyprus following the contested period of British rule. The travelogue foreshadows the outbreak of hostilities and the progressive escalation witnessed later remaining, for the most part, an orientalist, impressionist pastiche: “a somewhat impressionistic study of the moods and atmospheres of Cyprus during the troubled years” (ix). Being Durrell’s latest addition to his long sequence of travelogues prompted by his fits of “Islomania” as per his term coined in Rhodes (Reflections 1)—and while it often eschews the blandness of politics in favour of lyrical accounts of the particulars of Cypriot life and identity as an eclectic amalgamation of opposites—it sharply criticizes the colonial hotel life of British holidaymakers against the backdrop of the Levantine port city of Kyrenia.

More specifically, the hotel residents of the colonial “Dome Hotel” are depicted as monuments to complacency and solipsism remaining oblivious to the progressive “unfolding of the Cyprus tragedy” (Bitter Lemons ix), as well as the impending collapse of the British Empire itself registered through the material and the immaterial decay of the hotel premises they inhabit. The peculiar role of a polyglot, multicultural city and threshold to the Middle East (Kyrenia) is set against the (largely monophonic and monocultural) colonial hotel. The work affords critical insights into the different strata of colonial society, including its elite. Maurizio Peleggi maintains that colonial hotels offer “the possibility for their patrons to relive the metropolitan lifestyle, thus acting as localizers of modernity in the colonial milieu” (124). An identical prophecy of metropolitan comforts to be discovered in Kyrenia is granted to Durrell in the introductory chapter with the blatantly orientalist title “Towards an Eastern Landfall” (1-15). There, an erratic and temperamental taxi driver transports Durrell from Limassol to Kyrenia while promising hotel comfort amidst a desolate, barren landscape. The pleasures of Dome Hotel in Kyrenia await Durrell once they pass Nicosia: “‘Within the hour’, he said, ‘you will arrive at the Dome.’ Swiftly and expressively his hand built up a series of belfries and cupolas, of towers and turrets. Apparently, the hotel was to be an echo of Coleridge” (15).

But alas, it was not! The ornate colonial hotel does not fulfill the prophecy or offer much compensation to the seasoned traveller and author. In fact, the unauthentic hotel and its eccentric occupants seem to border ridiculousness immersed in suburban banality. The reference to the Dome’s ritual of “Afternoon Teas” that have become trademarks of the colonial hotel showcases its imaginary association with all things British (26). The milky-white complexion and stereotypical, immaculate Englishness of the hotel occupants seem to underscore the fact that cultural imperialism often works uncannily, unsettling accepted binaries and generating novel spaces of discomfort (hotels in modernity). While the travelogue—like most literary representations of hotels in Levantine cities—is tainted by colonial perspectives, Durrell’s description of British hotel life in Cyprus revels in its self-reflexive quality and ranges from tenderness to blatant contempt and ridicule:

Never has one seen such extraordinary human beings as those who inhabited the Dome Hotel; it was as if every forgotten Victorian pension between Folkestone and Scarborough had sent a representative to attend a world conference on longevity. The figures, the faces, the hats belonged to some disoriented world populated only by Bronx cartoonists; and nothing could convince one more easily that England was on its last legs than a glimpse of the wide range of crutches, trusses, trolleys, slings and breeches-buoys which alone enabled these weird survivals to emerge from their bedrooms and take the pale spring sunshine of the Kyrenia waterfront … Shadowy and faded plumage of dejected fowls and crows shuffling through the sterile white corridors towards a terrace laid with little tables and religiously marked “Afternoon Teas”; or the strange awkward figures of honeymooners sauntering hand in hand under the fort — convalescents from a prenuptial leucotomy. Alas! the Cypriots did not see how funny they were. (Bitter Lemons 25-26; emphasis in the original)

Durrell’s account of the colonial hotel aesthetics of excess and the (grotesque) tenants of the Dome goes as far as to expose their literal asymmetries and deformities endlessly manifested in their long sequence of apparatuses and paraphernalia. The aforementioned accoutrements, in a fit of vanitas, symbolically bring forth the sheer materiality of human vulnerability. Besides, being a place of bodily proximity and intense physicality, the hotel often gives rise to such questions. The excess of mechanical appliances, crutches, trusses, wheelchairs, and trolleys in the text seems to call attention to the inevitable demise and slow disintegration of the empire itself. The parade of the material manifestations and extensions of human decay become signifiers pointing to the impending fall of the empire manifested in the late-colonial decay of the Levantine port city of Kyrenia. As per Parezanović’s discussion of the colonial hotel, its disintegration aims at disclosing “a truer state of the already crumbling Empire” (62).

Set against the Levantine hotel backdrop, the parade of these mobility aids perhaps also points to the asymmetries of power and the inherent ugliness of colonial ventures. Durrell sustains the imagery of (hotel) deformity and decay projecting it to the Levantine port itself, arguing that the regular holiday-makers’ season and the colonial hotel life had already imposed on Kyrenia “all the deformities and amenities associated with our larger suburbs at home” (22-23). Having exhausted references to the discontents of his hotel life, the author finds the transformation of the cityscape of Kyrenia equally regrettable:

The outskirts of the walls, where still the traces of ancient tombs were clear in the rock face of quarries or cuttings, had begun to bristle with cheap little villas and tarmac roads on the pattern on Wimbledon […] The little place was obviously soon to become one of those forlorn and featureless townships hovering on the outskirts of English provincial cities -suburbs without a capital to cling to. There was a building boom on; […] Its real life as a Graeco-Turkish port of the Levant was ebbing out of it. (Bitter Lemons 22-23)

The use of the colonial hotel as apt setting for the display of the frictions between the elite and the different strata of colonial societies is also suggested in Olivia Manning’s The Levant Trilogy (published posthumously, 1981). The Levant Trilogy consists of The Danger Tree (1977), The Battle Lost and Won (1978), and The Sum of Things (1980), based on Manning’s war adventures. The third and final volume of the trilogy foregrounds cultural stereotypes set against a war-shaped realism. It also features a telling reference to the self-same hotel in Kyrenia. The excerpt evokes Manning’s “bitter despair during the terrible month in Cyprus” (Deirdre 159). The exemplary role of Cyprus as threshold to the Middle East is contextualized through the convergence of colonialist discourses within the hotel. Manning’s later iteration of the colonial hotel theme in The Sum of Things is marked for its portrayal of indulgence in pleasure and hedonistic consumption. However, the hotel’s pampering and exclusivity simultaneously evoke imperial boredom. The stagnant colonial ennui and disenchantment cannot be countered by sensory delights. The promise of adventure that the empire used to hold is now over and the register seems to point to a metaphorical decay:

Harriet asked where they had been since leaving Cairo.

“At the Dome?” asked Lister: “Great hotel the dome. Got more public rooms, and bigger public rooms, than anywhere else in the Eastern Med. And the teas,” Lister’s eyes watered at the thought of them, “real old English teas – scones, jam, cream, plum-cake! Oh, my goodness!”

“Yes, we stayed at the Dome. But Cyprus is a small place and we got b-b-bored. We took the boat back to Haifa and Angie bought a second-hand car and drove us up here.”

(The Sum of Things 111; emphasis in the original)

—. 2000. Reflections on a Marine Venus: A Companion to the Landscape of Rhodes. London: Faber and Faber. 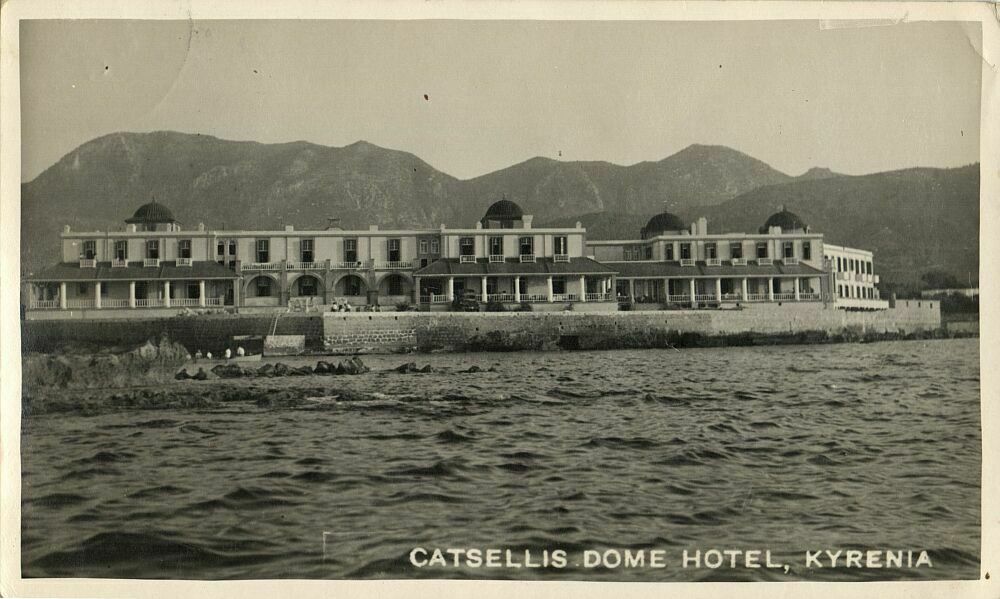 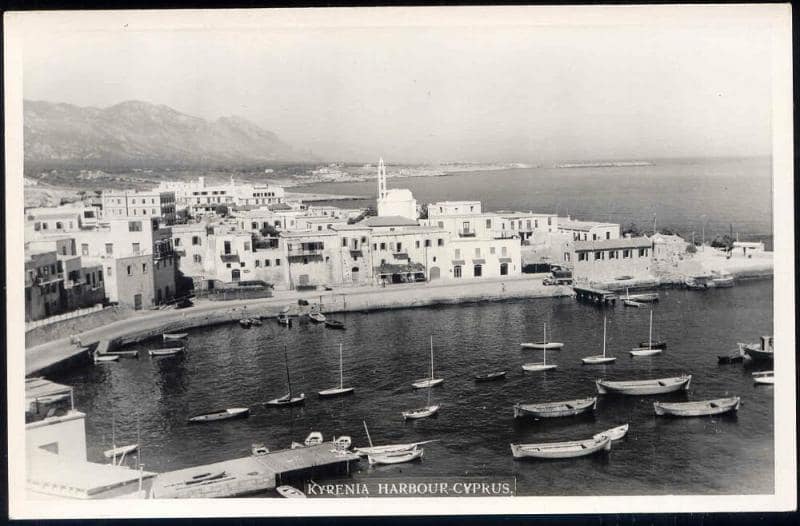 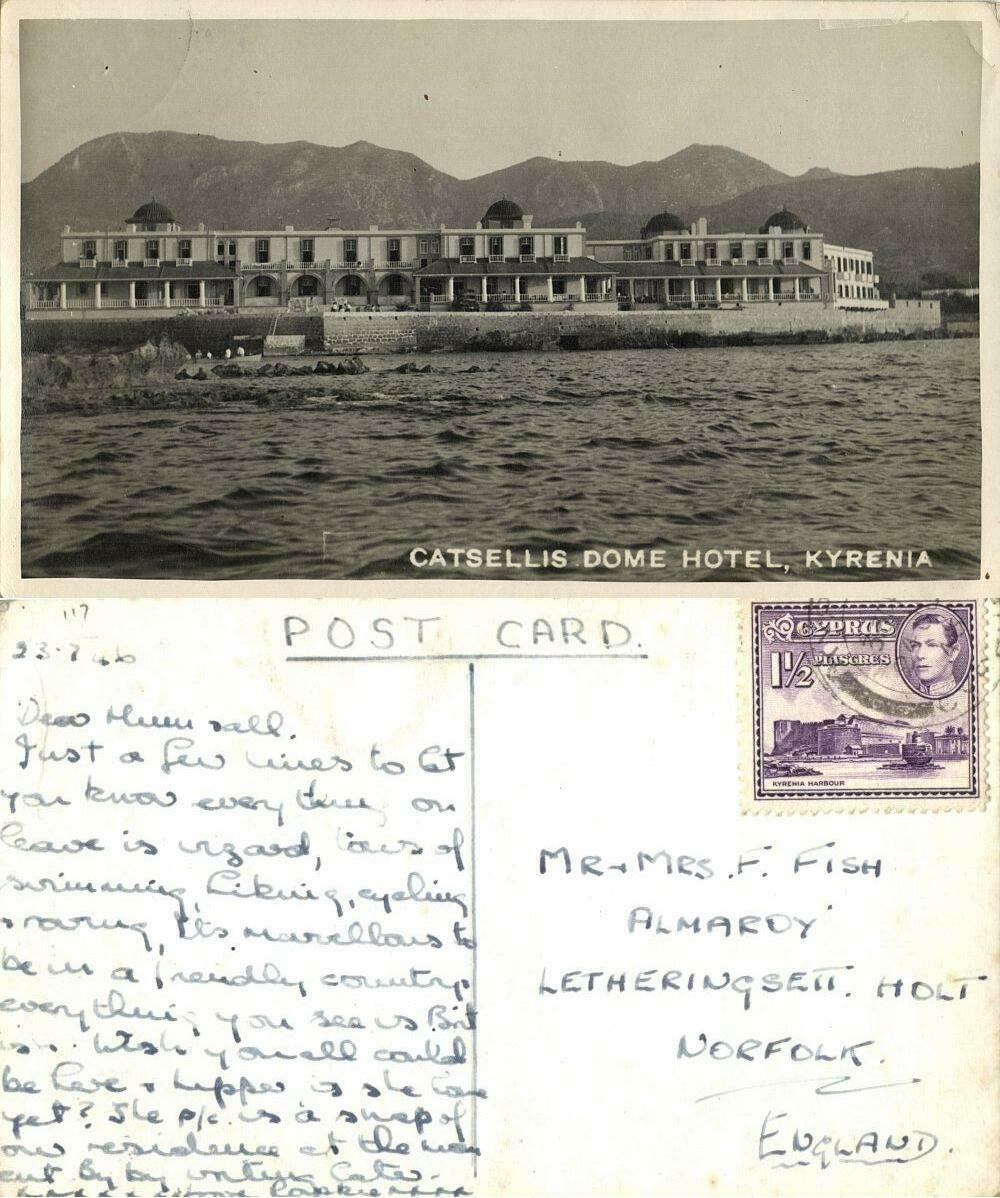 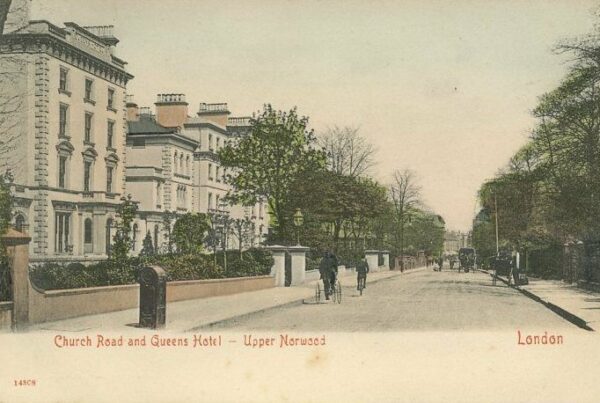