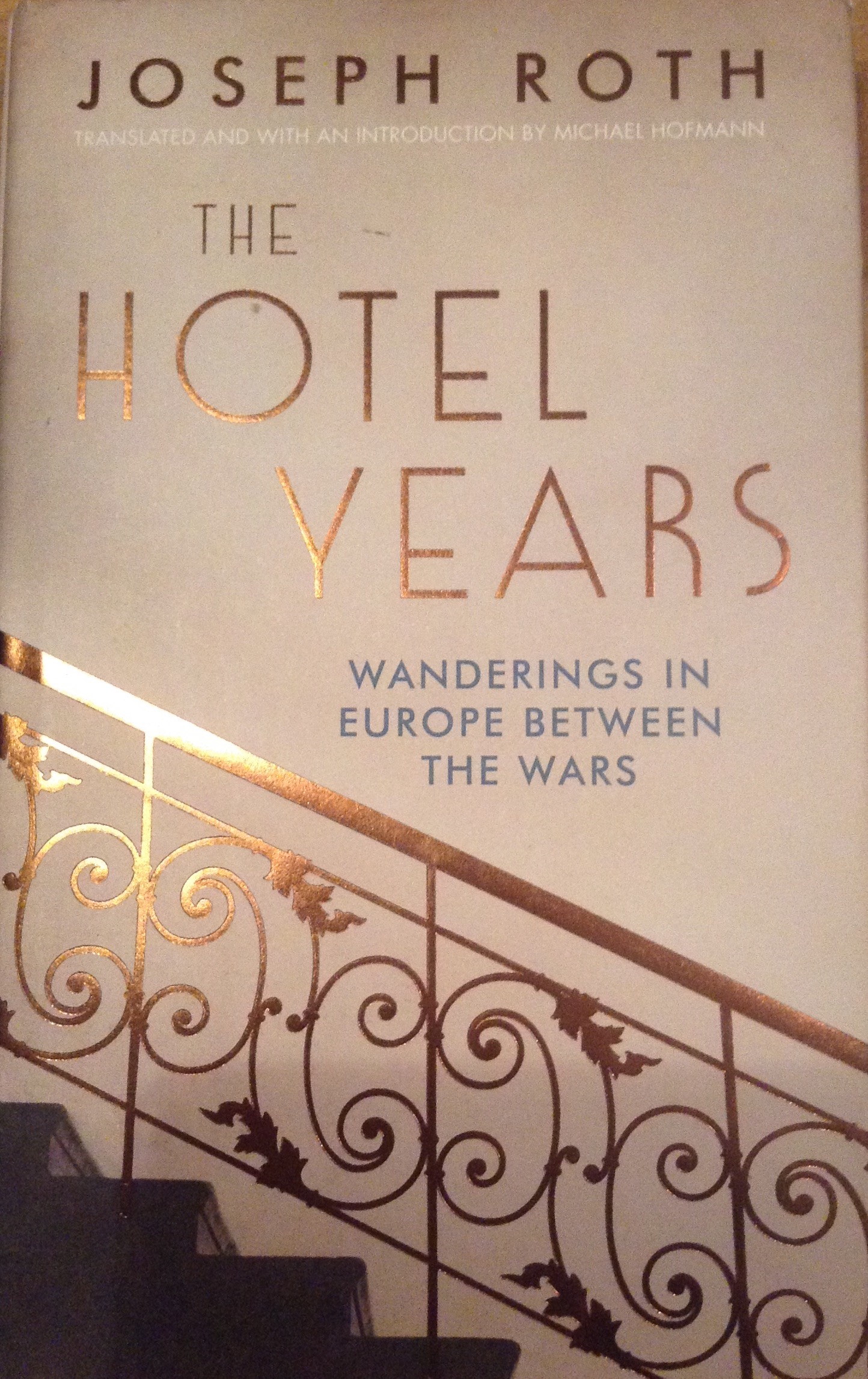 “Arrival in the Hotel,” Joseph Roth’s The Hotel Years

“The hotel that I love like a fatherland is situated in one of the great port cities of Europe,[1] and the heavy gold antiqua letters in which its banal name is spelled out (shining across the roofs of the gently banked houses) are in my eye metal flags, metal bannerets that instead of fluttering blink out their greeting. Other men may return to hearth and home, and wife and child; I celebrate my return to lobby and chandelier, porter and chambermaid–and between us we put on such a consummate performance that the notion of merely checking into a hotel doesn’t even raise its head. The look with which the doorman welcomes me is more than a father’s embrace. As though he actually were my father, he discreetly pays my taxi out of his own waistcoat pocket, saving me from having to think about it. The receptionist emerges from his glass booth with a smile as wide as his bow is deep. My arrival seems to delight him so much that his back imparts friendliness to his mouth, and the professional and the human are mingled in his greeting. He would be ashamed to greet me with a registration form; so deeply does he understand the way I see such a legal requirement as a personal insult. He will fill in my details himself, later on, when I am installed in my room, even though he has no idea where I have come from. He will write out some name or other, some place he thinks deserving of having been visited by me. He is a greater authority on my personal data than I am. Probably over the years namesakes of mine have stayed in the hotel. But he doesn’t know their details, and they seem a little suspicious to him, as if they were unlawful borrowers of my name. The liftboy takes my suitcases one under each arm. Probably it’s the way an angel spreads his wings. No one asks me how long I plan on staying, an hour or a year, my fatherland is happy either way.”

from Joseph Roth, The Hotel Years: Wanderings in Europe between the Wars,

[1] The hotel’s identity—if it has one, and is not a composite or a dream—is not known. Helmuth Nurnberger conjectures that the gently shelving port city may be Marseilles.