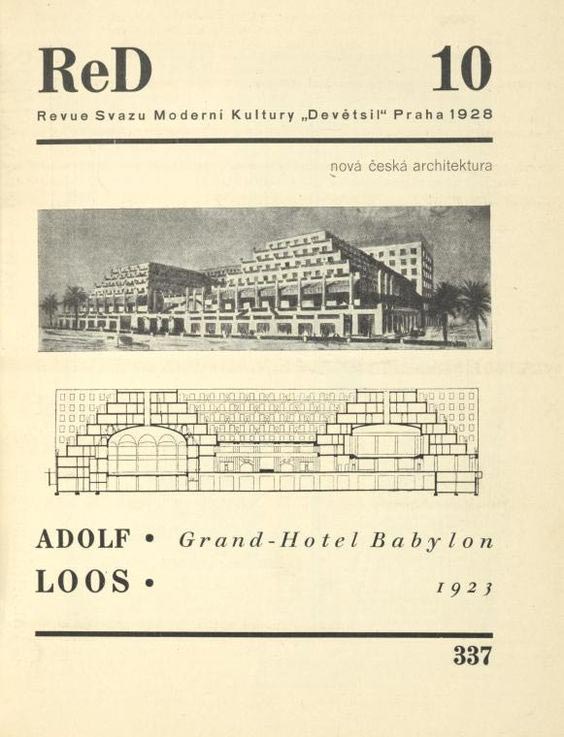 The bulk of the Hotems research project’s blogposts selectively focuses on hotels featured in literary works, hotels that inspired fiction, poetry or drama, and hotels that authors favoured as temporary lodgings or for more prolonged periods of time. This rather unwonted/unorthodox addition deviates from what we have presented so far, introducing the theme of literary hotels created by authors that, in turn, constituted a source of inspiration for architects; the genetic relationship between actual hotel building and literary representation is here reversed. We have elsewhere mentioned how Arnold Bennett’s 1902 The Grand Babylon Hotel and his 1930 Imperial Palace were both inspired by London’s emblematic The Savoy Hotel (see https://hotems.enl.uoa.gr/arnold-bennetts-1902-the-grand-babylon/ and Despotopoulou, Dimakis, Marinou).

Finding its place in an intriguing concatenation of inspirational establishments, Bennett’s fictional Grand Babylon from the homonymous highly popular novel itself became the motivation behind Austrian architect Adolf Loos’s plans. Loos (1870-1933) was one of the most influential European architects of the late nineteenth and early twentieth century, renowned for his focus on functionality and his objection to ornament. As early as 1913, “impressed by a study trip to America”, Loos declared that “what characterised the American hotel lobby the most was being an extension of the public street”(Heynickx 113). In this context of Loos’s interest in hotels, Karel Teige (1900–1951), Czech leading figure of the avant-garde of the 1920s and 1930s, suggests that “Loos conceived the design for a grand terraced hotel in Nice” which he named after Bennett’s book, reversing the word order of Bennett’s novel and calling it “Grand Hotel Babylon” (121). Panayotis Tournikiotis offers a detailed description of Loos’s design without mentioning Bennett’s work; instead, he reads Babylon as alluding to the legendary hanging gardens of Babylon and Hollywood as a modern-day Babylon:

[t]wo ziggiuarat blocks were to rise from a low, massive base. Each bedroom was to have a terrace. Loos compared the project to two pyramids enclosing two giant sepulchral vaults, in this case, being a skating rink and a grand ballroom. Natural light could filter down to both spaces through light wells in the center of each pyramid […]. With its exotic and worldly atmosphere, it would evoke both the hanging gardens of Semiramis and Hollywood, the modern Babylon. (164)

Tournikiotis explains how Loos, “having become a full member of the ‘Salon d’ autumne’, which he visited regularly, in 1923 he showed the […] model for the Grand Babylon Hotel” among other designs (18). Also commenting on the design, Teige suggests that Loos’s pyramids are “closer to the Aztec-Mexican type than to the Egyptian”, additionally mentioning that “instead of a glass-and-iron or shed roof type, which would not give an attractive view from the terraces, we find a decorative pool with a Luxfer bottom” (123). In their analysis, both Tournikiotis and Teige seem to foreground Loos’s combination of utilitarian practice and aesthetic pleasure.

Bennett’s Grand Babylon, as described in the novel, bears some similarities to the description offered by Tournikiotis. Like in the Nice design, there is a massive base, but in this case, it is invisible, buried underground: “Towards the Thames there is, below the entrance level, a basement and a sub-basement. Towards the Strand there is basement, sub-basement, and the huge wine cellars beneath all” (Bennett 193). The building raises “its massive chimneys to heaven” (Bennett 3) and the ballroom, aptly named the “Gold Room”, shares the architectural element of the arch: “A balcony, supported by arches faced with gilt and lapis-lazuli, ran around it, and from this vantage men and maidens and chaperons who could not or would not dance might survey the scene” (Bennett 52). The atmosphere is certainly exotic and worldly largely thanks to the international, cosmopolitan clientele; Bennett labels the hotel “a caravanserai” (111) that “counted that day wasted on which it did not entertain, at the lowest, a German prince or the Maharajah of some Indian state” (5).

Moving past the similarities between Bennett’s fictional London hotel and Loos’s design of its Nice counterpart, it seems that the major success of Loos’s Grand Babylon would be the elimination of what Teige terms “the greatest burden of hotel management: second-rate, dark, inhospitable rooms facing the courtyard” (121). Perhaps this potential to improve and upgrade all the rooms of the building, elevating what would normally be the less desired rooms to “first-rate” lodgings, integrated Loos’s “form follows function” ideals into what was to be an obviously mercantile project. For all its architectural extra-ordinariness and commercial promise, the Grand Babylon hotel was never built. Like his design for Josephine Baker’s home in Paris, Loos’s ambitious Grand Babylon hotel project was left unrealised. One can safely assume that had the Grand Babylon been built, its walls would not have been paper thin. But for the time being, Adolf Loos’s design stays on paper.

“The ‘Grand Hotel Babylon’ by Adolf Loos (1923)” via Socks: a non-linear journey through distant territories of human imagination (Mariabruna Fabrizi and Fosco Lucarelli from Microcities) https://socks-studio.com/2016/11/05/the-grand-hotel-babylon-by-adolf-loos-1923/ 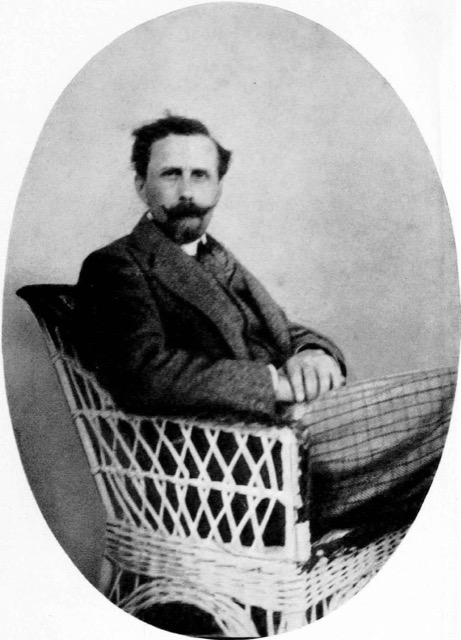